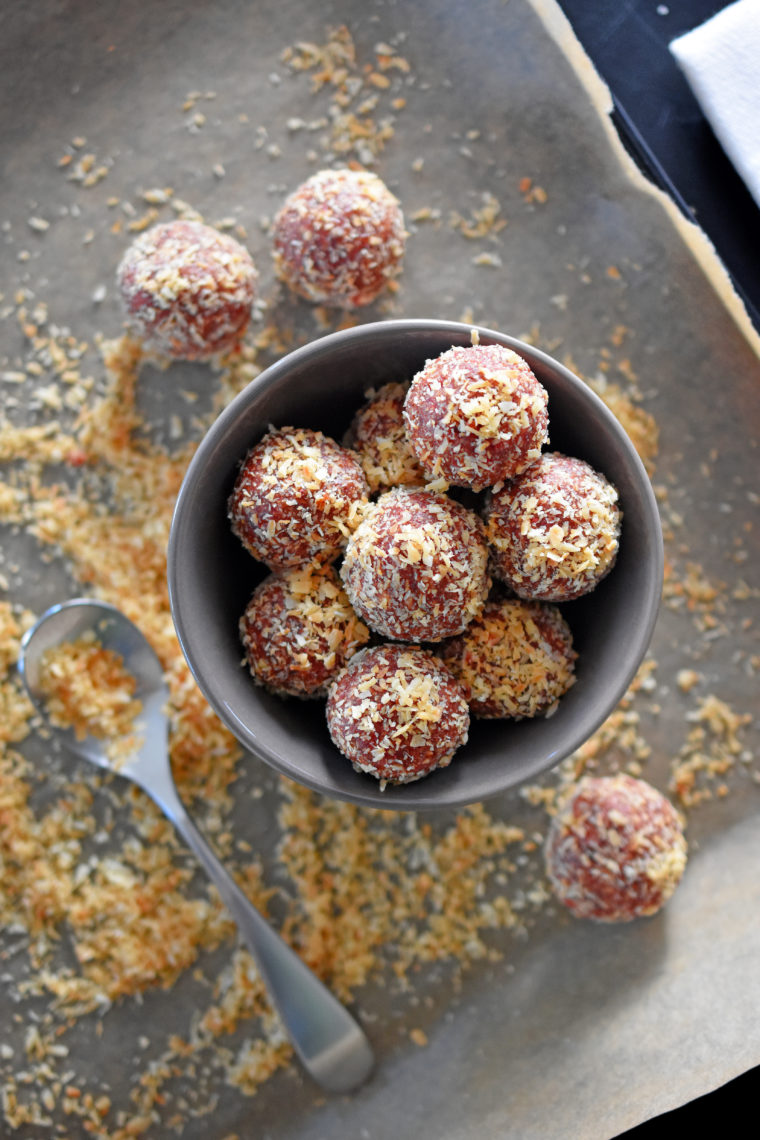 You guys know how much we adore Michelle Tam of Nom Nom Paleo and this amazing cookbook. And her latest cookbook — Ready or Not!: 150+ Make-Ahead, Make-Over, and Make-Now Recipes by Nom Nom Paleo — is simply brilliant. Most of the recipes are Whole30 compliant (in case you’re doing that kinda thing), totally tasty and they fit well into any night of the week, whether that means you’ve got the time to cook or you don’t. It’s basically a look into how Michelle and her husband Henry Fong eat week after week. And let us just say: they eat deliciously. 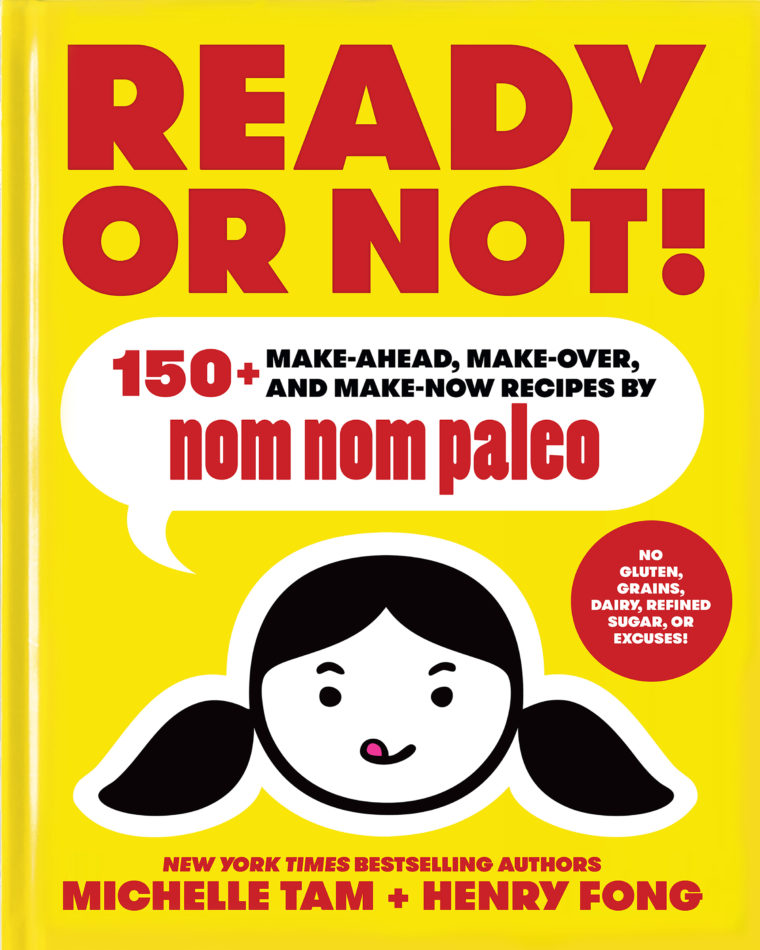 In case you want a flavor of the book and a taste of what it’s like to snack in the Nom Nom Paleo household, we’re sharing a faux peanut butter and jelly energy balls recipe from the book !
(Spoiler: you’re going to want to try it.)

Save Print
"PB&J" Energy Balls
Author: Nom Nom Paleo
Prep time:  20 mins
Total time:  20 mins
Serves: 15
Nope — there’s no peanut butter or jelly in these bite-size energy balls, but their nutty crunch and sweet strawberry flavor never fail to bring back fond memories of munching on my favorite after-school snack. Unlike the PB&J sandwiches I used to make for myself, these home-made treats are made with just nuts and fruit (and a pinch of salt). So when you need a pick-me-up after a long run, a hard workout or an afternoon of gardening like a maniac, just pop a ball or two in your mouth, and I guarantee you’ll feel like a kid again.
Ingredients
Instructions
3.5.3208
A huge thanks to Nom Nom Paleo for letting us share this gem of a recipe. They really do taste like PB&J, which my daughter (and me and my husband) LOVES. —Jenn
Credit: Ready or Not!: 150+ Make-Ahead, Make-Over, and Make-Now Recipes by Nom Nom Paleo (Andrews McMeel Publishing, 2017). Copyright © 2017 Michelle Tam & Henry Fong
New Fitness
New Mamas
New Eats
New Zen
STAY IN THE KNOW
When new stuff happens, you'll be the first to know!
Just for You
Drop the diet for good
A variety of anti-diet coaching programs just for you.
Get free access
STAY IN THE KNOW
When new stuff happens, you'll be the first to know!
About Us
Jenn and Kristen are passionate about letting women know they're more than a number on the scale.
Get the deets
Instagram
No images found!
Try some other hashtag or username
X