I just took a DNA test! Turns out …

I’m 100 percent nowhere near as cool as Lizzo. Which I probably did not need a DNA test to tell me.

(I also don’t dabble in anything musical, unless you count singing off key in the car because I definitely do plenty of that.) 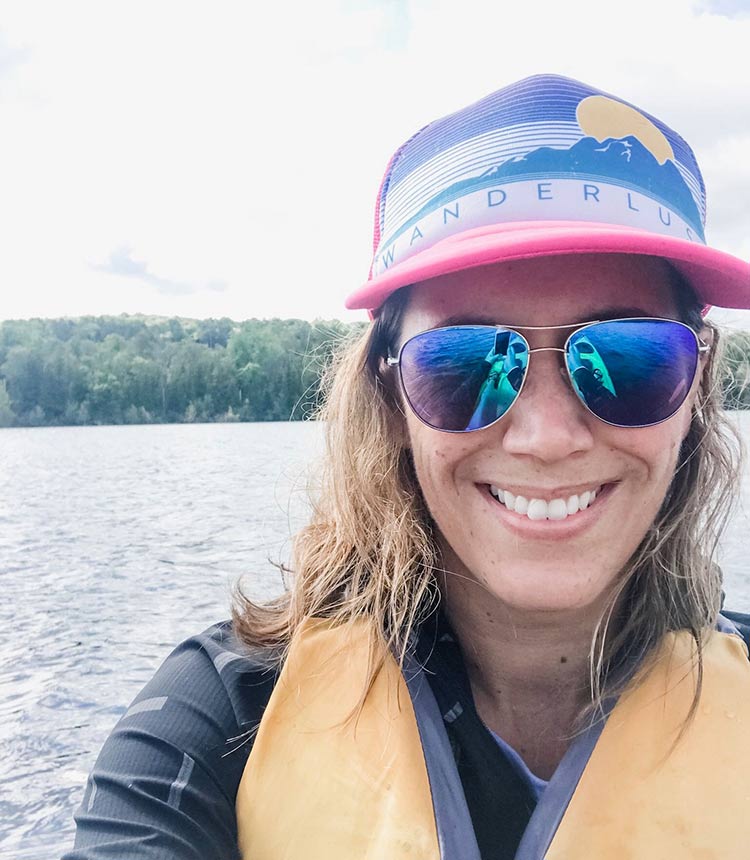 I may also dabble in humming tunelessly in kayaks. Another reason I’m seriously nowhere near as cool as Lizzo.

So, okay, I’m no Lizzo, but it won’t surprise you to know how much I embrace her self-love message. And you can’t love yourself if you don’t really know yourself, right?

There are loads of ways to get to know yourself better. Digging in to understand your “why,” meditation, personality tests, and even challenging physical activities, like running long distances — they can all get us to do some serious (or not-so-serious) self-reflection.

But sometimes getting to know yourself means going outside yourself, maybe by talking to members of your family, like grandparents, parents, aunts and uncles. Sure, you can ask them questions about yourself as a kid, but what about delving into what they remember from their childhood — or maybe even what they remember their parents or grandparents telling them about their upbringing? You may find yourself surprised at some of the things you realize you have in common, or traits that seem to crop up with astounding regularity all over your family tree.

Of course, this is all assuming you’ve got some older family members to talk to — or that you have an extended family, period. As the only child of two only children, I don’t have too many people in that position, especially because my grandparents passed away when I was young. There’s really only so much I’ll ever know about my family’s history, and I’m mostly fine with that — but there’s a little something inside me that craves the kind of connection that knowing all about your roots seems to create. (And, that’s coming from my place of white privilege — I can only imagine how others of color might find a test like this to be even more interesting and fulfilling.)

And that little something inside me lit up a bit when I got an email asking if I’d like to try out an AncestryDNA kit — not so I could go around and meet long lost extended family members (because, honestly, I do not want to do that), but so that I could understand more about what I’m made up of.

The process was incredibly simple. They sent me a DNA testing kit, which I returned with a saliva sample — but not before setting up an account on the Ancestry app. A week or so later, they notified me that the sample had been received, and a few weeks later, I got an email saying that my results were ready.

Now, it’s important to note that there are a lot of DNA test options out there, and AncestryDNA focuses on ethnicity and genealogy — it does not get into how well you tolerate gluten or whether you’re likely to be a better endurance athlete or sprinter, for example. But there’s still a lot to explore.

Also important to note that it does not test dog DNA. Sorry, Hollie, this one’s just for humans.

The app gives you easy access to several options:

Obviously, for anyone with an interest in filling out their family tree, the matches are the real draw — and boy, in my case, there are a whole lot of them. However, I found the regions and traits segments fascinating.

From the little I know about my ancestry, I’ve always said that I’m pretty much just German; most of what my family has traced back points there. According to my ethnicity estimate, though, there’s more to the story. I’ve got a 40 percent match with Germanic Europe, indicating that many of my ancestors were located in and around Germany (and possibly Netherlands, Belgium, Switzerland, Austria, Czech Republic, and Denmark), but I’ve got a 17 percent match with Eastern Europe and Russia (Poland, Slovakia, Czech Republic, Austria, Hungary, and more), a 15 percent match with England, Wales and Northwestern Europe, and a 13 percent match with Baltic States (Estonia, Latvia, Lithuania). For those of you who are as sketchy with geography as I am, it may be helpful to know that many of these overlap somewhat — and you may also be glad to know that there are maps to make seeing that simple.

A quick tap on each of these regions can take me down a fascinating historical rabbit hole. Religion, wars, migrations, language … it’s not hard to spend a lot of time reading through it all, maybe taking a break here and there to imagine what life was like in 300 A.D. and how the lives of my ancestors led to who I’ve become today.

Speaking of which, let’s talk traits! The traits section covers how likely you are to have all kinds of different traits (freckles, ear wax type, cleft chin, cilantro aversion, sun sneezing, sweet sensitivity). This was a lot of fun to scroll through — and it was extremely accurate. (Why yes, I am indeed rather sensitive to bitter flavors. Magic!) Perhaps people with a larger extended family won’t find this as fascinating — after all, you may have a whole family reunion worth of earlobes and irises to compare yourself to. But for someone like me who doesn’t have so much as a single first cousin — or, you know, someone who doesn’t know their birth mother — this scratches that itch for connection in a way I don’t think I realized I craved so much.

For anyone who wants to get even more into it, you can also go above and beyond to add more information to the AncestryDNA database by answering questions about health and fitness, media and entertainment, and more in their Personal Discoveries Project section. Individual responses aren’t visible to other users, but aggregated responses are so that users can compare their responses to a larger group.

Going into the holidays, I can’t help but think this could be a cool gift idea — for yourself or someone you love!

Have you ever taken a DNA test — of any sort? Did you learn anything surprising? —Kristen