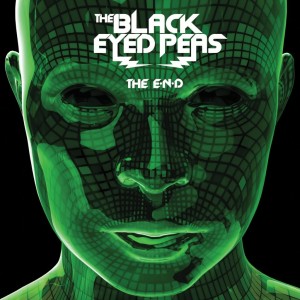 The Black Eyed Peas’ latest CD, The E.N.D (Energy Never Dies), delivers on its promise. The energy, in fact, never dies, making this album AWESOME for a workout. Just awesome. I mean really. Could there be a more appropriate title for a CD that’s awesome for working out? No. There couldn’t.

I first listened to this CD while running, and I instantly fell in love with it. Each song is a bit different with wicked beats, funky sounds, a few recognizable samples and fun lyrics. (Some kinda deep, but some more akin to “Fergalicious.” Which I love. Don’t get me wrong.) Below is a track-by-track list of my faves from the album and what activities they work best for. I say “faves,” but really, there wasn’t a song on the list that I disliked. After all, they got that boom boom pow.

The Track List: The Black Eyed Peas: THE E.N.D.
1. Boom Boom Pow—You already know this infectious track from the radio, and it’s great for high-energy workouts. Since the beat is a little funky (read: irregular), it’s not my fave to run to, but it totally amps me up for the elliptical or lifting weights. Or car dancing. That counts as cardio in my book.

2. Rock That Body—Complete with the baby/chipmunk voice that’s popular these days, this one does, in fact, help you to rock that body no matter what type of exercise you’re doing. It also samples the line “I wanna rock right now” from the super popular retro song “It Takes Two.” Basically, it’s upbeat and a whole lotta fun.

3. Meet Me Halfway—This one was hands down my FAVORITE track on the album. It’s part fast, part slow, with a little bit of early Madonna influence (it uses the word “borderline,” which I consider to be homage to Madge) and a whole lotta flavor. I seriously listened to it about 15 times in a row because I loved it so much. In your car, around the house, on the treadmill, walking the dog…it’s perfect any time, but especially good during a low-intensity workout or a cool down.

4. Imma Be—This track made me giggle. I know the title is “Imma Be,” but it sounds like “Imma Pea,” which for some reason really cracks me up. It’s like The Black Eyed Peas’ anthem. Anyways, the song will totally make you shake your groove thing and sing along. I love it for my runs when I’m doing intervals. It’s a great song when you need to pick up the pace!

5. I Gotta Feeling—This has become my go-to Friday run song. The track is all about knowing that it’s going to be a good night, and it just makes you feel really great, especially on a Friday when you’re pumped for the weekend.

6. Alive—The Peas slow it down a little here with this track that’s a bit of a love song. It’s a smooth ditty that I loved for a warm-up, cool down or as recovery during interval training. It’ll make you feel “Alive” for sure.

7. Missing You—This one is uber catchy and about love lost. I would be surprised if you don’t hear it on the radio soon. It’s one of my new faves for running, but it would really be good for any cardio exercise or even weight lifting as it has a great beat.

8. Ring-A-Ling—This one should really be titled “Booty Call,” ’cause that’s what it’s all about. Ring-a-ling is the sound the phone makes at 2 a.m., and, you know, that only means one thing. I’m kind of afraid that this one will spread like wildfire and become the 2009 equivalent of the prevalent 1999 “Thong Song.” (Gosh, I’m getting old. That was 10 years ago!) Despite my concerns, this one is perf for moderate-intensity activities like biking and walking. Just be careful not to accidentally sing this one out loud as someone might get the wrong idea when you say “then the girls want ding a ling a ling ling…”

9. Party All The Time—Whenever you’ve had a hard day at work and feel like moving to a remote island, hit the gym and play this one while you work it out (literally). This track is all about life being perfect if we could just party all the time. There are too many drinking references in this one to really consider it a healthy message, but, hey, sometimes a girl needs a drink or five. Preferably after a hard workout and with a DD.

10. Out Of My Head—More 21+ references here as Fergie bails on a relationship to hit the bar. Fergie Ferg has some fantastic one-liners on this track that really crack me up, including “‘Cuz I’m sick and tired of mother*&#@ argue” and a part where she forgets the lyrics because she’s had too much “drank.” Sometimes she’s so crass, but it oddly warms my heart. The girl is definitely not afraid to be herself. The song is great for an outdoor warm-up, as the refrain “I’m steppin’ outta here” makes for a perfect get-up-and-go soundtrack. Parents, maybe don’t play this one around the kids though.

11. Electric City—This song sounds nothing like “Suffragette City” by David Bowie, but its title still reminds me of it. It’s a little reggae, some hip-hop and a lot of attitude, which makes for a good high-energy workout track. For a number of listens I thought Fergie was saying “shoot ’em in the face,” but thankfully it turns out she’s actually saying “shoot ’em with the bass.” Kill ’em with fun music I guess.

12. Showdown—If I was tied up and forced to choose a least-favorite track on this album, it would probably be this one. I find it to be not quite as awesome as the others, but it still has a great upbeat sound and will pump you up. The countdown from 10 to one especially works well when lifting and counting down reps.

13. Now Generation—With some acoustic flair, this is one of the more intelligent songs on the album. It’s less about partying and more of a cultural observation of how people today need instant gratification. The song mentions FaceBook, MySpace, Wiki and Google as our new societal icons and is definitely interesting (we really do want things now), so save it for your longer workouts where you might need some brain food. This song also reminds me of the Pepsi/Spice Girls’ song “Generation Next,” which I may or may not know all the lyrics to.

14. One Tribe—This is the BEP’s equivalent to Michael Jackson’s “Heal the World.” It’s all about us being from “one tribe, ya’ll” and coming together. You gotta love that. I like it as a feel-good cool down. Just don’t be surprised if you want to hug the guy next to you on the treadmill when the song’s finished.

15. Rockin To The Beat—This song is infectious. I went around for an entire week singing it (usually accompanied by some serious head nodding). It’s a perfect track to save for the middle or the end of your workout when you need some extra oomph to push through. Rock to that beat!

Of all the CDs I’ve reviewed for FBG (including Madonna AND Brit), this is the CD I’d most recommend that you invest in. There’s a little of something for everyone, (except the kiddies), and you won’t be disappointed or bored while working out. Ever. You might even start declaring that “You’re a pea,” like I have. That’s an FBG promise! —Jenn

Buy any or all of these kickin’ tunes (or at least preview them) on iTunes or Amazon!