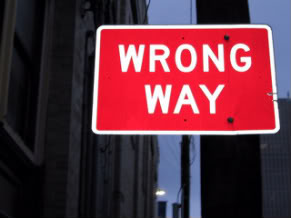 During my off days from training with Jayme, I’ve been trying out the huge variety of group exercise classes at Equinox. I’ve tried yoga classes, Pilates classes, and cardio and strength classes taught by Ms. Jayme herself (sometimes taking her classes back to back, whoa!). The classes have been fab: the instructors all bring their own styles to classes, and there is such a variety that it’s hard to get bored.

But let’s talk about Sheldon Wesley.

Sheldon is the kind of instructor whose reputation precedes him. When Jenn and I took Bosu Burn! months ago, we chatted with a member who asked if we were attending Sheldon’s class, which was immediately following. She gave us the impression that if it didn’t kill you, it’d definitely make you stronger. So Sheldon’s Sculpt class was, of course, at the top of my list of classes to try.

Now, when I think of Sculpt, I think of strength training. But Sheldon incorporates cardio and step with his sculpting, so you’re getting the best workout bang for the buck. While you’re lifting your dumbbells, he has you squat-walking in place. While you’re doing overhead presses, he has you using the step so that you’re getting lower-body work and cardio while your arms are about to fall off. The class is a killer, and everyone is addicted.

Enjoying Sculpt so much, I decided to take his Cardio Blast class. Although it wasn’t rated as a beginner level class and was instead a level 2/3, it sounded harmless enough. The description spoke of a “heart-pumping workout” using a combination of “athletic-based aerobic moves, step, Body Bars, hand weights, medicine balls and tubes” for a “high-energy” workout. Sign me up!

I arrived to class and first became concerned when I saw that everyone’s steps were at the lowest height, no risers. Then I heard murmurs from the peanut gallery. “Have you taken the level 1/2 class? It’s recommended before you take this one.” Then I look around and see people practicing their moves on the step. Uh oh. What have I gotten myself into? I’m not a stepper. In my years of fitness endeavors, I’ve taken one step class. It was a beginner level, and even then I was baffled by the moves and made a vow never to set foot in a step class again. Why embarrass myself needlessly when there are so many other classes that don’t make me feel entirely incompetent?

Slightly panicked, I immediately start asking questions. I befriend another newbie who hadn’t taken the beginner class either. We’d both had the same idea of the class from the description: some step but not crazy-expert step. We made a pact that we would both be terrible, and that we’d both stick it out. All I can say is thank goodness she was there or I would have been out of there within five minutes.

I couldn’t even keep up during the warm-up. For the entire 60-minute class, I wasn’t in sync with the class a single time. A SINGLE TIME. As Sheldon called out moves—Daisy! Bagel! Crab! Batman!*—I bopped around on my step, laughing at the back of the room with my partner in ineptitude. We might not have been in sync with the class, but it appeared they barely noticed. It was so intense and intricate that even the well-practiced had to concentrate to stay with the pack. And if they noticed me flailing around like a fool, at least no one laughed in my face.

By the end of the class, my new friend and I were sweating bullets. One participant commended us for sticking it out, saying that newbies typically don’t make it five minutes. Sheldon gave us high fives and invited us to the beginner class. I’m definitely going to take him up on it. There’s nothing like an impossible class to knock you off your high workout horse. And now I have a new goal: I want to be able to bagel, batman and daisy with the rest of them. —Erin

*There are no simple L-steps or up-and-overs here. Check out Sheldon in this video here if you want to see what I was trying to keep up with. I didn’t stand a chance.