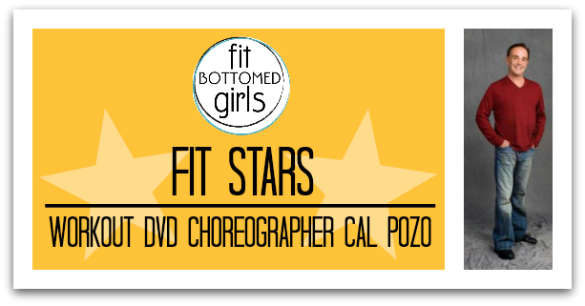 I’d love to go behind-the-scenes espionage-style on a workout DVD shoot some time. I find the whole thing just so darn interesting. How do they find the uber-fit people you see in the videos? How many takes does it take? What happens if someone can’t do a move properly? And who actually creates all that choreography? While I can’t answer most of the questions, I bet Cal Pozo can. He’s played a role in hundreds of workout DVDs.

Born in Havana, Cuba, Pozo came to the U.S. as a teenager with nothing but ambition. He quickly became a Broadway dancer, teacher and choreographer. Today he works as a producer, multi-camera director and choreographer of fitness titles including more than 300 best-selling video/DVD productions such as Dancing with the Stars and The Biggest Loser titles. He has also produced DVDs and television series for popular FitStars including Denise Austin, Kathy Smith, Leslie Sansone and David Kirsch. And he has his own line of how-to-ballroom-dance books and dance DVDs. Like whoa!

We recently got the opportunity to pick Cal’s workout-DVD brain, and here’s the behind-the-scenes scoop on those fitness DVDs we love so much!