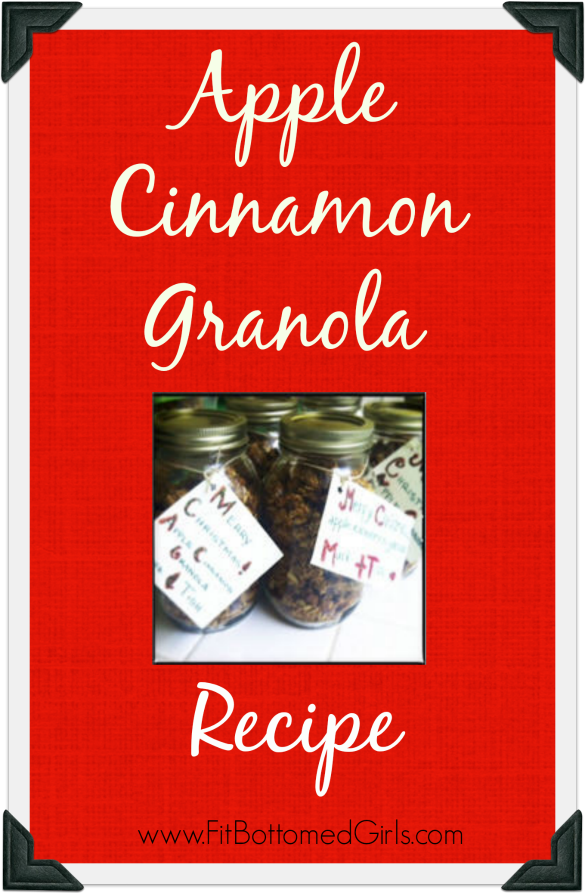 Now that Christmas has passed, I can share the top-secret gift idea that I came up with for my guy’s family. He was having the hardest time thinking of gifts to get the adults in his family. He didn’t want to get them gifts just to get them something; he wanted to make sure they could actually use what he gave them. So, I suggested making healthy treats for the gang.

We’re both fitness nuts who get teased by his peoples for our dietary preferences, but we figured we could hoodwink them by mixing up some of the tastiest apple-cinnamon granola ever. We made jars and jars of the stuff (even making some for ourselves) and sent them along to the family in Jersey to devour. The granola tastes good on its own but also tastes pretty good with yogurt and berries.

The recipe called for crazy stuff like brown rice syrup and coconut oil—hard ingredients to find, but so worth it! His mom and dad both are busy folks on the go and don’t really eat as well as they should, so any snack we could give them that had nutrition pumped into them was a bonus for us.

This was the first Christmas I’ve ever baked. I should have picked up on that fun little opportunity sooner because it totally put me in the Christmas spirit. (I was having the worst Charlie Brown mentality before!) The minute I smelled the cinnamon goodness though, something came over me. Who knew granola could be so magical?

Did you make any traditional holiday dishes to give as foodie gifts this year? Hungry tummies want to know! —Tish