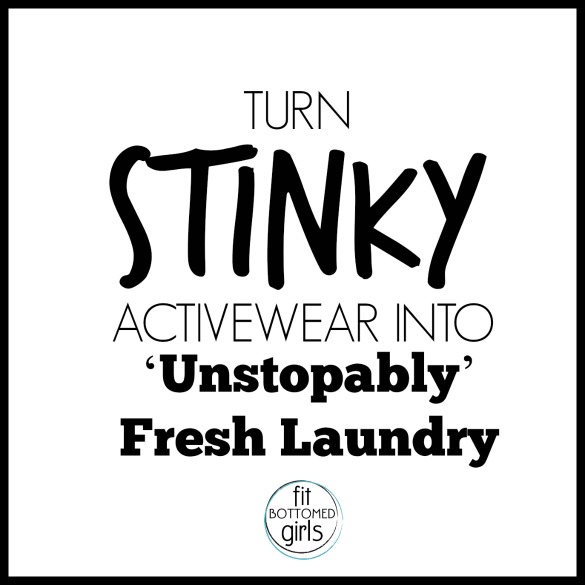 Downy fabric softeners have been a staple in my laundry for quite a while. It’s like make-up for me. When I find something I like, I stick with it—and get really mad when it’s discontinued. So when I got the opportunity to try Downy Unstopables, a “wash scent booster” said to last up to 12 weeks on towels, activewear and other fabrics needing freshening, I was curious to see how it would work, especially on the stinkiest of stinky clothes.

I tried the Fresh scent, as I’m not so much into the flowery scents and usually like more clean-smelling laundry. To be honest, I was a little leery of how my clothes were going to come out and how the product was going to work. Downy Unstopables are these little pebbles that almost resemble Dippin’ Dots but are hard, and you put them directly in with your clothes just before you wash them. I immediately wondered if the pebbles were going to still be there when the load was done washing, but I put my fears aside and did some laundry for the team.

And dirty laundry I did. The first batch of clothes I watched with the Unstopables were worn at a turkey fry—if you’ve been to one you know what I mean. My hubs and I both came back smelling like fried food and smoke from the fire. Thankfully, our clothes came out smelling fresh after the wash. Not overly strong smelling, yet definitely not smelling like a turkey fry, I was actually pretty shocked.

Not to mention that my pebble-fears went unfounded and everything came out just fine. Using Unstopables is almost easier than adding liquid softener because it’s less of a mess. The little pebbles are easy to measure, too—you just use as much or as little as you want in the cap and pour it in the wash.

Jenn tried tried the Lush scent and reported that it even worked on the rankest-smelling workout gear she could find: Her husband’s long-sleeved T-shirt that went backpacking for a week and never came back smelling the same. While the Lush does have a strong lavender scent, she says it’s far more pleasant than gorilla-man stench. (Gotta love those boys!) Not to mention that Downy Unstopables are totally safe to use on activewear (unlike traditional liquid fabric softener, which isn’t recommended).

Overall, I would recommend these if you are looking for an easy way to freshen clothes without the liquid. It definitely kept my laundry smelling fresh. And since the freshness can last up to 12 weeks, the $9-ish price tag doesn’t smell too bad!

Have you tried Downy Unstopables? How do you keep your activewear smelling fresh? —Kelsey

Add a comment Cancel reply
11 Comments
Just for You
Drop the diet for good
A variety of anti-diet coaching programs just for you.
Get free access
STAY IN THE KNOW
When new stuff happens, you'll be the first to know!
About Us
Jenn and Kristen are passionate about letting women know they're more than a number on the scale.
Get the deets
Instagram
X