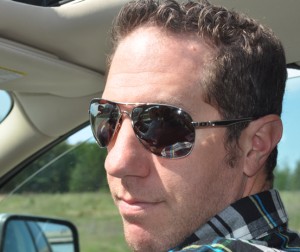 Hands off, ladies. He's all mine.

Alright, my darlings, I have a lesson for you all. Going on a cruise, celebrating a couple of family birthdays, and then coasting straight into the frivolity and excesses of the holiday season isn’t the best way to ensure your pants fit the way you’d like them to come the beginning of the year. And I’m not the only one who thinks so—my husband, who, for the first 30-some years of his life, was able to eat anything he wanted without gaining an ounce, was hit with a bit of cruise/birthday/holiday weight gain as well. And that, on top of the pounds he’s gained over the past couple of years, was enough to make him get serious, for the first time ever, about losing weight.

Now, just to set the record straight, Jared is one fine man. And that’s true regardless of what size pants he’s wearing. He’s naturally tall and lean (and hunky!), and although he’s put on 20 pounds or so over the last three years (due in large part to a job that requires a lot of travel and a fluctuating schedule), nobody would look at him and think, “Gee, that guy needs to cool it on the cheeseburgers.” But, if my man wants to commit to eating a little healthier and dropping a few pounds, you’d better believe I’m going to do whatever I can to help him.

And that’s only partly because, if he’s counting calories, it can only benefit my weight-loss efforts, right?

Now, I kind of thought that since he’s spent more than a decade with a Fit Bottomed Girl, focusing on weight loss would be at least a little familiar. Not so much, it turns out. But, on the flip side, I have to say that it’s totally weird—not bad, just different—helping him. I’m so used to blaming him for days when I overindulge, and now that I have only myself to blame, well, it’s a whole new world.

Anyway, I thought it might help some of you out there who have a significant other trying to drop weight to see what he had to say about coming over to the healthier side of the fence. Because, as Jared said, it was always hard for him to understand my weight-loss challenges because it was always so easy for him. Now, he gets it.

Biggest challenge: “Worrying about going out while counting calories.” We haven’t been going out with friends as much as we sometimes do because, the truth is, if we go, Jared’s going to have a good (read: not light) beer. Or several. And several beers can easily become several hundred calories.

Most surprising: “How little I actually eat, and how quickly the calories add up.” And to my shock (and delight!), he adds, “I’m even sort of enjoying running, too, which is a step.”

Most frustrating: “I hate when my legs hurt after running. And, I’m frustrated that the weight doesn’t melt off like it used to, but I think I’m just going to have to come to terms with that.” Yep. Been there, done that.

Most enjoyable: “I like learning a little more about calories. I know which beers are 250 calories vs 120 calories. It really sucks, don’t get me wrong, but in the long run it’ll help me make better choices, even if those choices are difficult to make.” Knowledge is power!

Jared’s hoping to drop 10 or 15 pounds over the coming weeks and months by following a diet (around 2,000 calories a day) and exercise plan (working out three to four times a week) that he can make a lifelong habit. The goal (other than looking good in nothing but board shorts and sunglasses)? “I just want to find a balance so I can enjoy good beer, and eat wings or steak once in a while without having to worry about it.”

Have you ever helped a significant other lose weight? Did you improve your healthy habits in the process? —Kristen