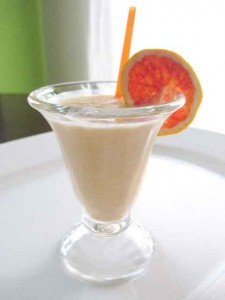 I’ve had jaw pain before. It was mild, and on the right side, and my dentist instructed me to take a couple ibuprofen before bed each night, pop in a mouthguard (to avoid clenching and grinding my teeth in my sleep), and do my best to relax and destress. I did as I was told, and, like magic, it was gone in a few days.

So, when my jaw started hurting on the other side, I did just what I’d done before. Imagine my surprise when, several days later, it was worse. Much worse, actually. On Monday morning, for the first time in my life, I called the dentist to make an appointment for something other than a cleaning. Normally, I go to the dentist and get to hear about how pretty my teeth are. This was different.

Long story made slightly less long, I got to the dentist and was barely able to open my mouth. After about a minute of painful prodding, I had my diagnosis: temporomandibular joint disorder (commonly known as TMJ).

“Let me guess. You’re kind of Type A, get things done and are very competent, but tend to internalize stress,” my dentist ventured to guess. “Yep,” I replied, sulking. The thing is, that used to be me, but I really thought I had that whole stress thing under control. My jaw would beg to differ.

She started talking about the different drugs I would need (a “mega-anti-inflammatory” and a muscle relaxer to take before bed), and that I’d need to come back in a week to A) see if I could open my mouth yet, and B) if I could open my mouth, be fitted with a special retainer. I thought that was the bad news, but then she dropped the bomb.

“Until then, you’re on a liquid diet,” she said. “Only liquids; not even mashed potatoes. And I want you to cut out any inflammatory foods, like coffee or tea.”

Unlike Jenn, I’m not a huge smoothie maker. I don’t have a fancy blender. I don’t have a fridge filled with things I can’t wait to blend and mix. Well, let me rephrase—I didn’t have a fridge full of those things, but I’m pretty well stocked up now. I have soy milk, almond milk, chocolate milk, orange juice, hemp protein, plain Greek yogurt, and a heap of frozen fruit and frozen spinach. I also bought creamy peanut butter and made sure I had plenty of honey. I still don’t have a fancy blender, but on the recommendation of a friend who just had to go through 23 days of liquid dieting after an operation, even ordered a new, $24 blender (it arrives tomorrow!) because, well, mine has seen better days.

When it comes to making smoothies, I’ve got the basics down—I know what flavors work well together, and I know that frozen spinach and hemp protein mixes pretty well into just about anything. A friend lent me her Super Smoothies book, which I intend to read cover to cover and make a shopping list from later tonight. But, one thing has really surprised me —I’m not hungry.

I joked to my husband, who was on the road when I got the liquid diet instructions, that he was lucky—I was probably going to be hungry, and, well, when this FBG gets hungry, she gets crabby. Really crabby. But, I guess the extra effort I’m putting into making sure my smoothies (and the soups I’m eating) are super clean and packed with fiber and protein and other good stuff is paying off—I’m eating way less than usual, but not feeling the ill effects. Wiggy, I know.

Hey, if I have to deal with a liquid diet, the least I can get out of it is losing a few of the pounds that have been hanging around as of late, right?

Now, I don’t go back in to the dentist until Tuesday, at which point I may or may not be cleared to chew. In the meantime, I’m totally open to suggestions. Do you have a favorite smoothie recipe, or a trick for making the creation and clean-up a little easier? How about items that are good when I’m on the go? —Kristen