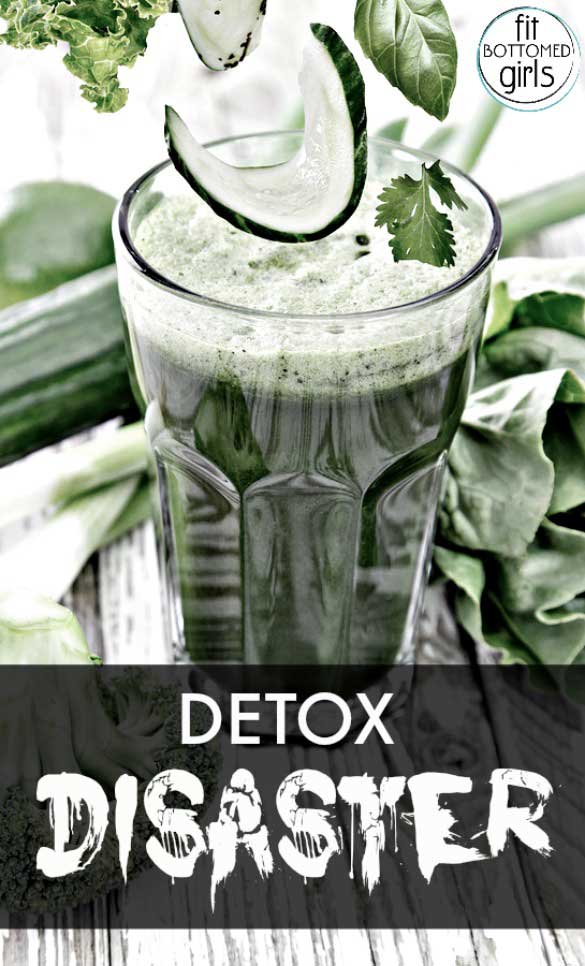 It seems like it was a lifetime ago that I first decided to give Dr. Oz’s detox without denial a spinaroo. I’ve since tried to block that dark period out of my life. While my team of gal pals had relatively pleasant experiences with the two-day cleanse, I felt like I had survived a short-lived hell and was glad I survived to tell the tale.

Crazy, but that was the first “diet” I’ve ever tried. I know that’s hard to believe, but growing up, I had that annoyingly fast metabolism that people assume is an urban legend. I always loved veggies growing up and never enjoyed candy, so I was pretty darn good. It saved me from a lot of hellacious pain.

My intentions for the cleanse were to get all the nasty toxic stuff out of my body…just poop it on out and start fresh and anew, but what I got instead was a jacked-up obsession with food for two days. Day two of the cleanse was terrible for me. I don’t like “food” and “control” in the same sentence. For me, I lost control for the first time and let food take over. All I could think about was what I couldn’t eat—I hated the food I had to eat so badly that I would literally tear up when it was time to shovel some of that porridge of pain down. I felt the grief and frustration I assume many women have had to go through when they start “diets.” They’re not going to get to eat foods they enjoy…They’ll feel starved all the time. It was a hot, hot mess and now, at 31 years young, I finally get why the D-word is a bad word in FBG circles.

That structure of a diet, the restrictions of a diet…well, they made me moody, emotional, crazy, mean and unbelievably sad, and I will NEVER be able to put myself through that crap again. I’m thankful the other gals didn’t experience what I did because I would have felt terrible for putting them through it, but that was one battle that left some scars on this FBG.

There’s oodles of information out there in the world about nutrition: what’s right, what’s wrong, what’s too much or too little. Well, it’s overwhelming as a mother-trucker, so I’ll just keep trying to make it as easy as possible by sticking to what has always worked for me: the mentality that you find what’s really good for your body and get as much of that good stuff in as possible. I’ll continue to listen to what my body needs (and I know works!) and shut out the quick fixes and over-promised results.

“Cleanse” is a new bad word for me. I guess we all just have to learn in our own, sometimes hard, way. I’m so very thankful I didn’t have to suffer for long to figure out that aha-moment!

Did you try a cleanse or diet and wonder what the heck you were thinking? Care to share your good, bad and how you escaped the ugly? —Tish