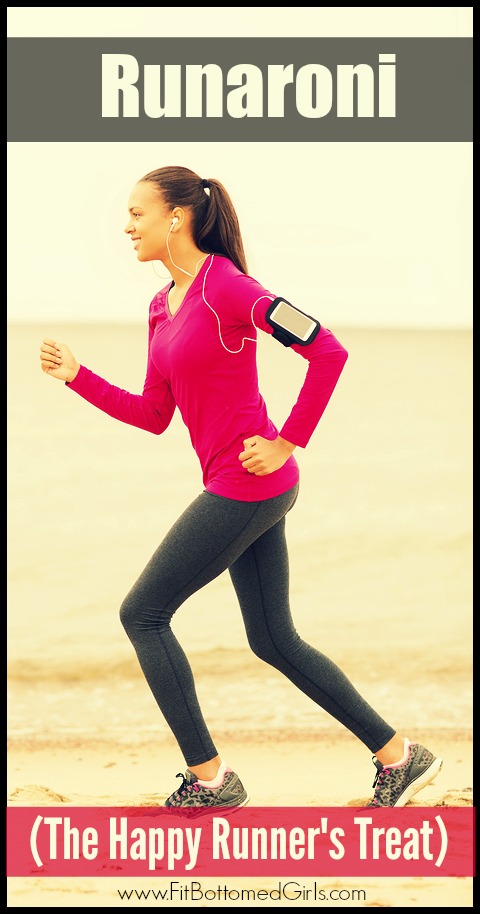 I sincerely hope you sang that headline instead of read it. Because it was written that way. We all know I’m a sucker for bad puns and jingles, and this one was just too easy—and awesome! As part of our ongoing rad relationship with Brooks Running, today I’m happy to share one of my latest kitchen concoctions and new favorite ways to carb load for a race: a Kale Sausage Soup with Brooks Running special Runaroni pasta.

See, Brooks Running recently debuted its Carb Happy, Run Happy expo booth at the Chicago Marathon (check out photos and details here—it’s super fun) and even gave out fun packages of Runaroni, which has pasta in the shape of shoes and runners. So. Darn. Cute. 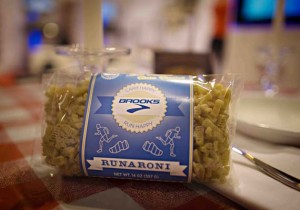 And if there’s one thing I know about my running days, it’s that carb-loading is one of the best parts of training for and running a race. And, rather serendipitously, I had been training for a 5K, so this was the perfect time to whip up a new carb-happy recipe. Below is the kale sausage soup I made the night before my Jingle Bell Run that helped power me through those 3.1 miles, even after the stomach flu. With some carbs but not too many (for a shorter race, I find that a big ol’ plate of pasta is just too much for me and makes me feel a little bloated) and lots of veggies, I think it’s the perfect pre-race fuel! 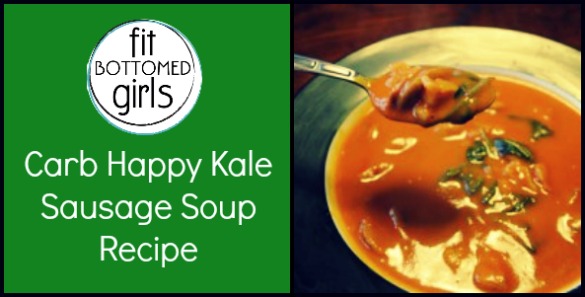 First, get out your ingredients. You’ll need a quart of your favorite pre-made pureed veggie soup (I went with Trader Joe’s Organic Tomato and Roasted Red Pepper Soup), two nitrate-free pre-cooked chicken sausages (again, I went with Trader Joe’s, but who’s surprised?), a couple of handfuls of baby spinach and your Runaroni or pasta du jour. 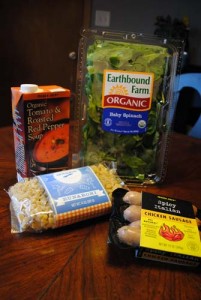 From here, pour your soup in a medium saucepan and heat it up over medium heat. 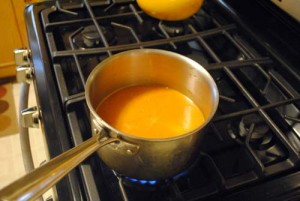 Next, cut your sausages into pieces. I prefer slices; my husband prefers them to be diced. Do whatever floats your boat—or your sausage, which sounds gross. (And, seriously, how have I not made a sausage joke yet?!) 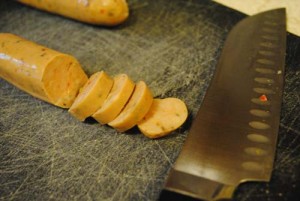 Now that the soup should be starting to warm up, add your sliced or diced sausage and two small handfuls of Runaroni to the pot. Be sure to stop and admire Runaroni’s extreme cuteness. Giggle at itty-bitty running shoes and teeny-tiny runners. 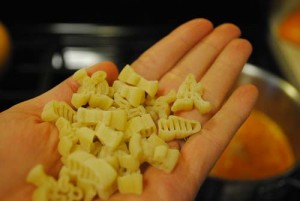 Now it’s spinach time. Add a two to three large handfuls of spinach to the pot. It’ll seem like a lot of spinach, but don’t worry. It’ll wilt down, so don’t be shy with it. Spinach is your friend. 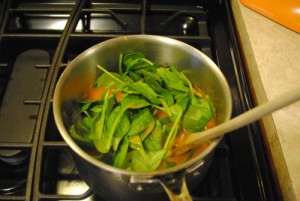 Let it come up to an almost boil, then, put a lid on it, turn it down to low, and let it simmer for 10 minutes or until the Runaroni is al dente. Then put in a bowl and get your carb-load on. 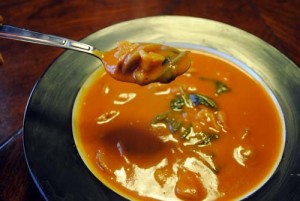 Like I said, this soup is really good in just about any variation you want to try. Butternut squash soup with pasta, kale and ground turkey balls? Awesome. Straight-up tomato soup with barley, swiss chard and white beans? I’m sure that’s delicious, too. Just keep the proportions about the same and be sure to include a quart of soup, greens of some kind, a protein of your choosing and—of course—those happy-running carbs.

And, hey, I’m not the only one whipping up some carb-happy Runaroni dishes. Come back to the blogs Wednesday when Tish shares a carb-happy recipe, too! What’s your favorite carb-loading meal? Tell us, and you can be entered to win your own packaged of Runaroni, courtesy of Brooks Running! —Jenn