Everyone has his or her trade secret for perfect corn on the cob. Grandmas will tell you to boil them in a water/milk combination with just a touch of added sugar to bring out the sweetness of the kernels, and those grilling aficionados claim that a hot bed of coals is the only way to go. Personally, I usually go the microwave route: husks on, wrapped in a damp paper towel and zapped for five minutes. Down and dirty, especially when cooking for just one or two.
But making corn on the cob for a crowd is a different matter completely. When serving a large group I usually pass over the idea completely and opt for another veggie. That was until at a recent gathering where the hostess whipped a cob-lined baking tray out of her oven — husks and all!
While maybe not the speediest cooking method, it is by far the easiest, and produced the best-tasting corn I have ever had, bar none. Perfectly done, not the least bit chewy and tastes so fresh you will swear you are standing in a field. Some of the guests even laid off the butter and salt and ate it au naturel.

Oven-Roasted Corn on the Cob Recipe

Preheat oven to 350 degrees F. Snip off any of the husks that are not smooth against the cob, line them up on a baking sheet, and pop those bad boys in the oven. 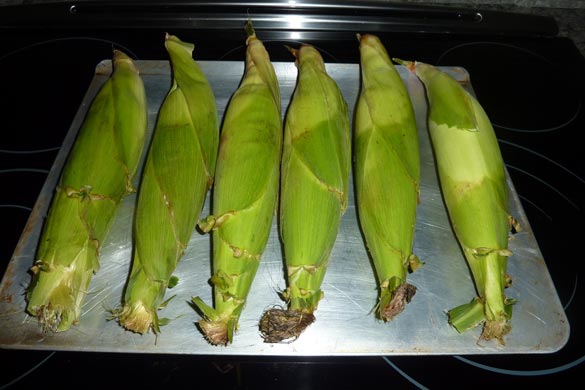 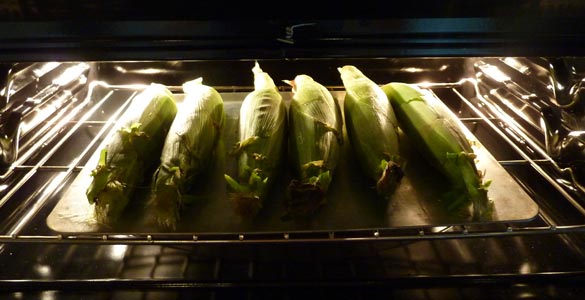 This just seems too easy!

Bake for 30 minutes. Cool just enough to handle, and cut off the end with the silks. 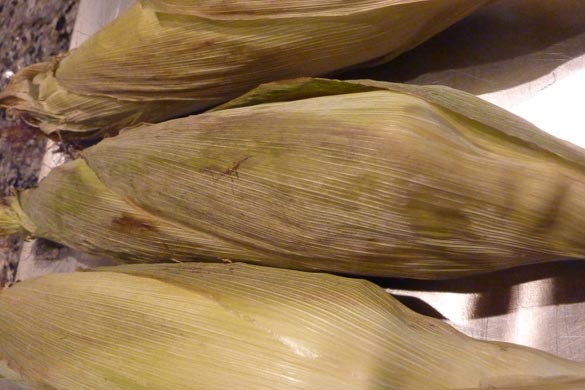 Don’t expect them to do much; the husks just get a nice brown color. 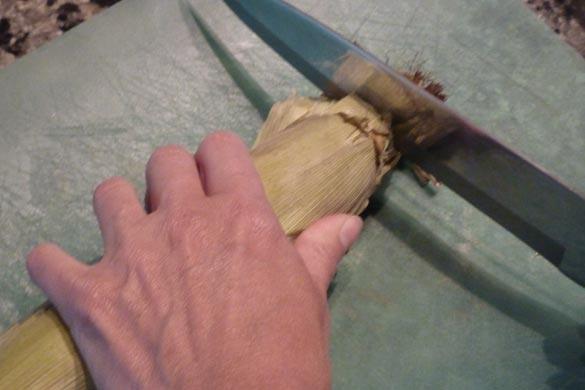 Now pull off the husks and silks in one fell swoop! 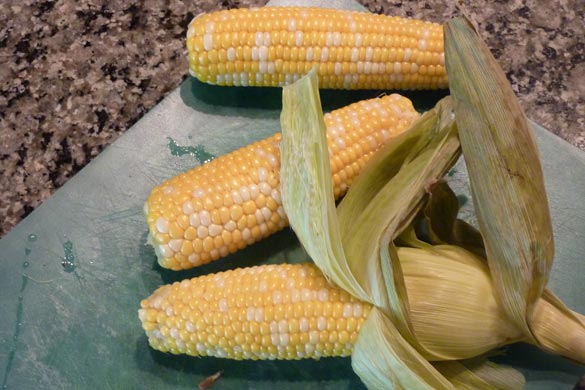 The silks don’t even stick!

And there you have it, perfectly roasted corn on the cob! From the OVEN!
Do you eat your corn in long rows or round and round? —Karen
New Fitness
New Mamas
New Eats
New Zen
STAY IN THE KNOW
When new stuff happens, you'll be the first to know!