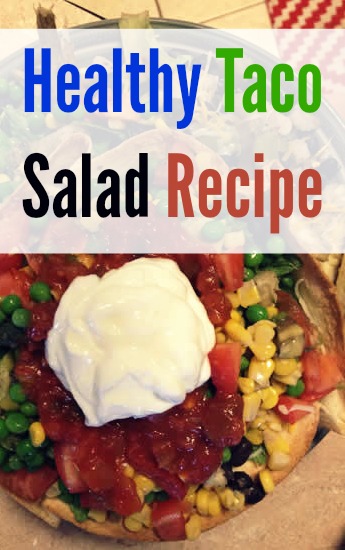 A well-made taco salad is one of my very favorite things in the world. I mean, I am a Mexican food aficionado in general, but the taco salad has really become my specialty.
And for good reason — it incorporates all the things I love about Mexican food in a way that’s really nutritious. At least, the way I make it, that is.
I’ve been perfecting my recipe for quite some time, but was recently inspired to change things up a bit by using some authentic Mexican ingredients — yucca and jicama. I tend to figure that, if an ingredient tends to be used in a culture, it’s always worth looking into how to prepare it and include it in dishes I already dig.
Like any big ass salad, feel free to add in your favorite veggies and take out any you dislike. But, that being said, learn from my mistake — while it’s certainly possible to whip up a great salad in just a few minutes, this is not one of those salads. As a matter of fact, I went to the grocery store last night after spending the day on a long bike ride followed by playing a few sand volleyball games, picked up everything I needed, came home and began cooking immediately. 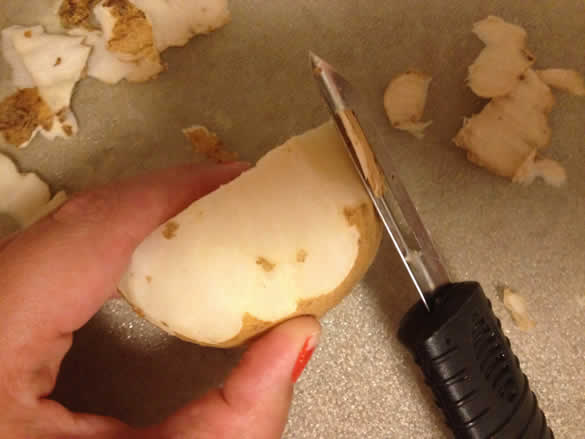 Over an hour later, I was still doing prep work and positively starving, so I ended up scrambling an egg and tossing that, along with half an avocado (that was, of course, originally chopped up to be part of the salad) and some hot sauce in a tortilla and saved the salad ingredients for my lunch today.

Ingredients
Amounts not listed — just go with what seems like a good amount for you!
A bowl of greens — I like to mix some romaine and kale and spinach together and chop it all up to make smaller bites easy, but use whatever greens you prefer
1 large tortilla
Black beans
Red onion
Green pepper
Minced garlic
Yucca root
Jicama
Jalapeno
Tomato
Corn
Peas
Avocado
Chipotle peppers in adobo
Salsa
Plain Greek yogurt
Shredded cheese
Olive oil
Salt, pepper, red pepper flakes, and other seasonings to taste
Directions
Start off with the yucca — you’ll need to boil it until tender with a fork, which took about 15 minutes for me. 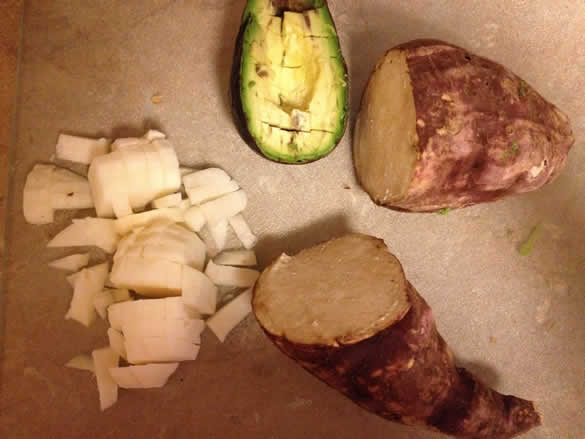 While the yucca is boiling, preheat your oven in order to roast your veggies — I like to roast them around 500 degrees. 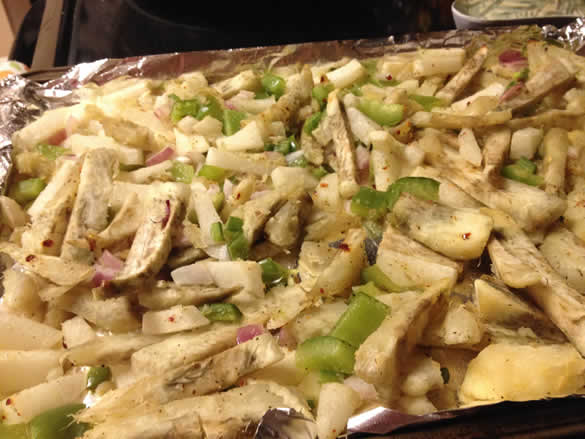 Here’s the part where your kitchen starts to smell AMAZING.

Peel the jicama, then chop it up (I sliced it into thin straws), along with the green pepper and onion. After the yucca has boiled long enough, peel it, chop it, and throw that, the jicama, green pepper, jalapeno pepper and onion in bowl. Toss lightly with olive oil and seasonings — I used salt, pepper, garlic and lots of red pepper flakes. Once evenly coated, place on a tin foil-lined cookie sheet and roast at 500 degrees for 12 to 18 minutes. You’ll know the veggies are ready when they start to brown and are easy to pierce with a fork, but aren’t so soft they’re mushy.
While those veggies are roasting, prep and chop your cold veggies (tomatoes, avocado, peas, corn, chiles in adobo). Set aside for later use.
Once the veggies are done roasting, pull them out and set them aside as well. Snack on a few slices of yucca and jicama, which should have a bit of a bite if you used a good amount of seasoning.
Change the oven temp to 400, and lightly coat both sides of your tortilla with olive oil. Take an oven-safe bowl and drape the tortilla over it, placing it all on top of a cookie sheet. Try to fold the tortilla so that it creates bowl shape — if your tortilla isn’t down with that, throw in the microwave for 20 or 30 seconds, until it’s soft and pliable. Bake for 10 minutes, until the edges are golden brown. 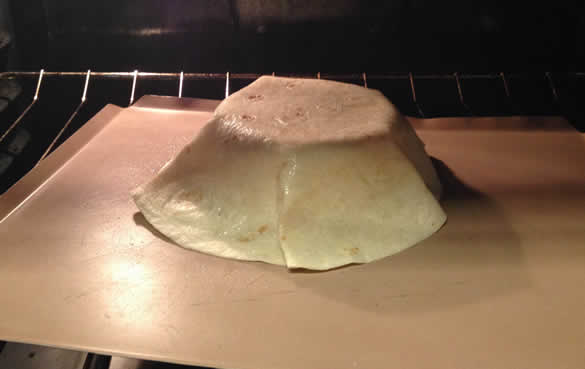 (Side note: I will never, EVER buy one of those pre-made, fried shells again — this baked version is so, so good, and so much better for you. And it’s pretty much the easiest part of the whole salad!)
Okay! We’re almost done! Are you exhausted yet?
While your shell is baking, heat up your black beans in a pan with some garlic — you might also want to use a bit of the sauce from the chiles in adobo, if you like spicy. Unless you like your beans cold, that is, in which case, leave them be. Although, if you’re breaking this up over a couple of days, you can throw your oven-roasted veggies into the pan, too, and heat everything up together. 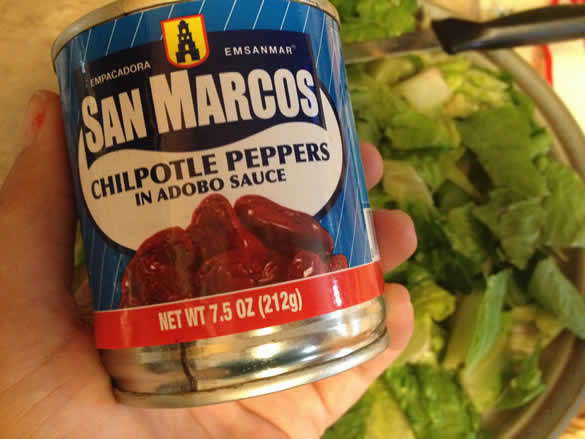 Finally! Take your shell off the bowl and set it on a big plate — stuff is definitely going to fall out over the top and if you’re trying to keep it on a small plate, you’ll make a giant mess. Add lettuce, roasted veggies, cold veggies (go easy on the peppers in adobo to start — they’re really spicy!), lots of salsa, a dollop of plain Greek yogurt (or sour cream, if you prefer, but the Greek yogurt tastes just as good and provides loads of protein), and sprinkle a little shredded cheese on top. Mix it all up and dig in! 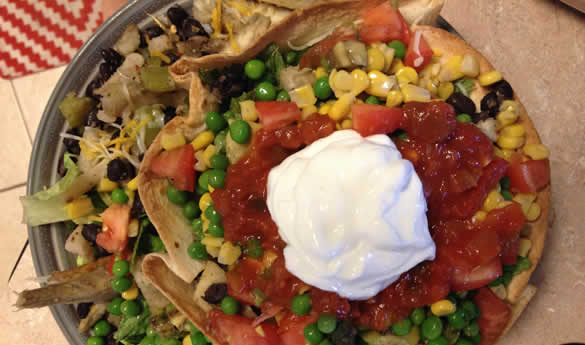 That is one big ass taco salad, am I right?

And, if you’re like me, you’ll realize halfway through that you made waaaaay too much and all that prep work was good for something, because you’ve got at least one more meal waiting for you.
Do you love the taco salad? What’s your favorite ingredient to throw in? —Kristen
New Fitness
New Mamas
New Eats
New Zen
Free Email Course
Take the FREE 5-Day FBG Reset Email Course