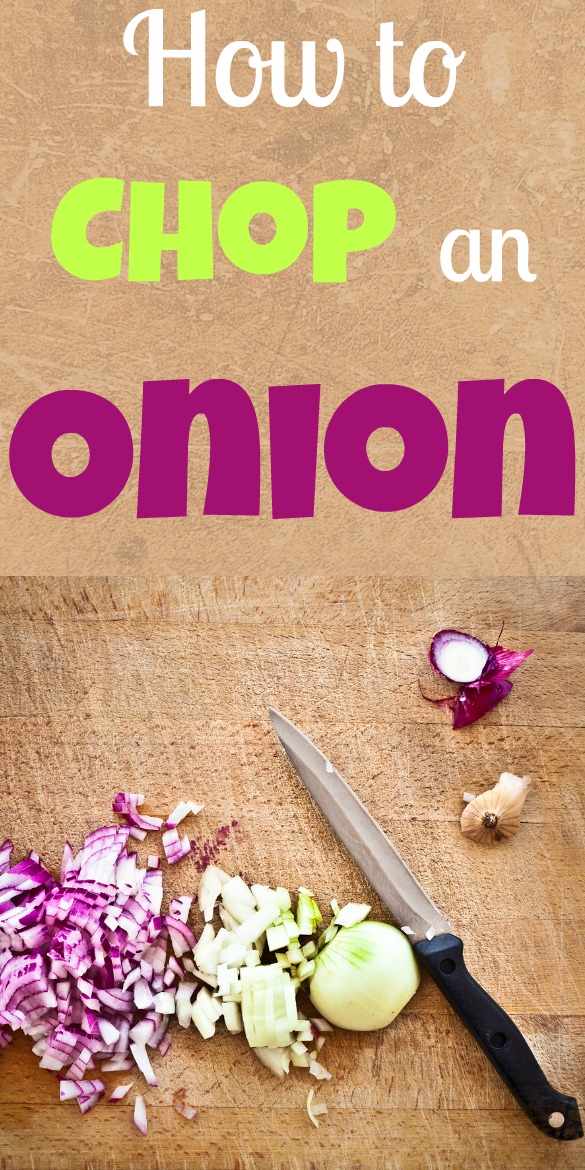 It’s safe to say that the majority of my favorite recipes call for onions, but for years (and years) I struggled with how to chop an onion. It took me forever, my diced bits were never uniform, and it wasn’t an unusual occurrence for me to knick a finger during the chopping process.
And then I learned an onion-chopping hack (remember, it’s Fit Bottomed Hack Week!) that changed. my. life. The video below is pretty much perfect, but if you’re working with a really large onion, a not-so-sharp knife or just find this difficult, try not chopping off an end and instead, cut the half you’re working with in half so that you have an end of the onion on either side of your knife.
Then follow the same instructions as in the video for how to chop an onion — you’ll have to do it twice, but you won’t have to make such a long cut into the onion, which may be a bit easier.

How to Chop an Onion

Oh, and if crying while chopping onions is an issue, we’ve got you covered on that, too!
Is this how you chop an onion? If not, do you think your way is better? Tell us about it! —Kristen