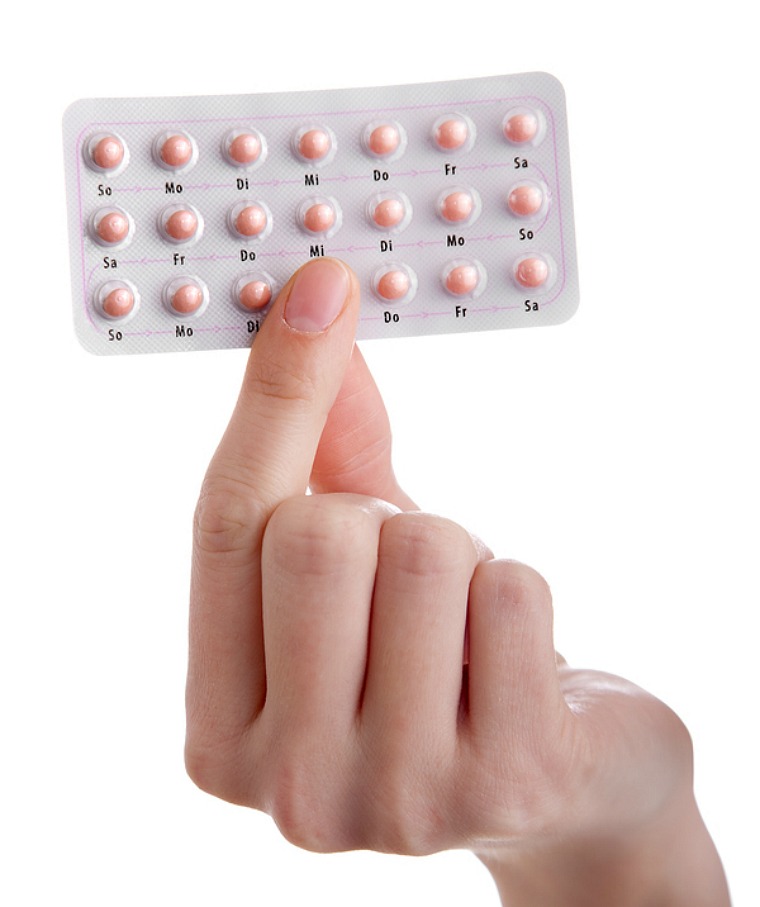 I’ve spent more of my life on the Pill than I have off of it. I suffered from mega cramps and ridiculously long periods in middle school and high school, and when that didn’t seem to be going anywhere by my sophomore year, my mom took me into the doctor and my birth control journey began.

We were pretty happy together, the Pill and me. I didn’t have much trouble remembering to take it every night, my skin remained pretty much acne-free throughout high school and college, and I noticed no side effects. I tried a few different types, but had been on a monophasic pill for the last eight or nine years, which allowed me to skip the placebo pill and — this was the best part — have total control over when (or whether!) I had my period. And since I have no plans for a wee one of my own, I figured I’d just keep taking it, well, forever.

But, when I went in for my annual OB-GYN appointment a few months ago, I was in for a nasty surprise. My blood pressure was sky high. I was having a seriously stressful day and tried to attribute it to that, but my doctor insisted I monitor it on my own for a couple of weeks and come back to see her, because, as it stood, she could not refill my birth control prescription.

Fast forward a couple of weeks, and it turned out that my stressful day was only part of the problem, so my doctor and I discussed my options, eventually settling on an IUD — Mirena, to be exact. Now that I’ve had a few months to get used to it, I wanted to share my experience … both good and bad.

I was nervous going in — several friends of mine described their experience as nothing short of positively horrific, so I prepared for exactly that. Now, keep in mind, I’ve never been pregnant, but, from what I understand, the pain and discomfort is something like a contraction, and everyone experiences it differently.

It was unpleasant, to be sure, but my experience was not horrific. There was some pain and some general weirdness — like, I felt a bit dizzy at one point, which is, apparently, very normal. I was happy to have someone there to drive me home (although I could’ve managed if I’d had to), and I didn’t get much work done that afternoon. In fact, I had significant discomfort (crampy and overall ickiness) for another day or two, which was a bit longer than I anticipated after reading the literature and talking to my doctor. However, I do want to stress that, other than the day of the appointment, it wasn’t enough to keep me from doing any work or workouts or travel I’d already planned.

Some spotting after the insertion of the IUD is completely normal, although I’m told the duration varies widely. Some people basically have a period for a month or two, then it fades away, coming and going for anywhere from a few months to the entire five years they have the IUD.

I think I got pretty lucky — I had some spotting for about a month, which wasn’t exactly convenient, but it wasn’t horrible (and it was certainly better than worrying about how high my blood pressure was all the time!). Since that ended, I have not had an actual period at all. Every few weeks, I might have a wee bit of cramping, but that’s it. No complaints here.

I did experience a couple of side effects, however, that I think are very much worth sharing. The first and most significant is that I began to sink into an episode of depression. I’ve dealt with anxiety and depression in the past, so I recognized it immediately and let the people around me know what was up. That way, if I was a little short tempered with them or just not my usual self, they would be more understanding. And, more importantly, those closest to me knew to keep an eye on me in case it got worse.

Happily, it didn’t. I struggled for about two weeks before the fog started to lift. I did not see a doctor or therapist during that time, but I was prepared to do so if it didn’t go away.

Another unfortunate issue — my skin and hair. That care-free, acne-free existence I experienced for so long is no more. Suddenly my face developed a couple of spotty areas, and my chest and back are even more problematic. And while I used to have no trouble going several days between shampoos, my hair now gets terribly greasy in the blink of an eye.

The last was probably a side effect of going off the Pill more so than getting an IUD, but I dropped a bit of weight. In the interest of full disclosure, I was also in the midst of training for a half Ironman triathlon at the time, but I’d been training seriously for a while before that with little to no change in weight. After the new birth control change, I dropped eight or 10 pounds within a month.

So, although I was skeptical for a few weeks early on, at this point, I’m really happy with my decision. I don’t know that it’s for everyone, but I do think it’s an option worth checking out and researching if you’re looking into birth control. Also! Although the Mirena literature specifies that it’s for women who have already had children, my doctor assured me that was no longer the case — she said it was perfectly safe for women who have not had children as well.

Have you ever looked into an IUD? Did you try it? Why or why not? —Kristen