I like to bake. I like to eat foods that are considered Paleo. And now that I have a little one in my arms for much of the day, I also like things that are convenient to make. So a Paleo Chocolate Cake and Muffin Mix from the Paleo Baking Co.? Well, that seems pretty much perfect, huh? 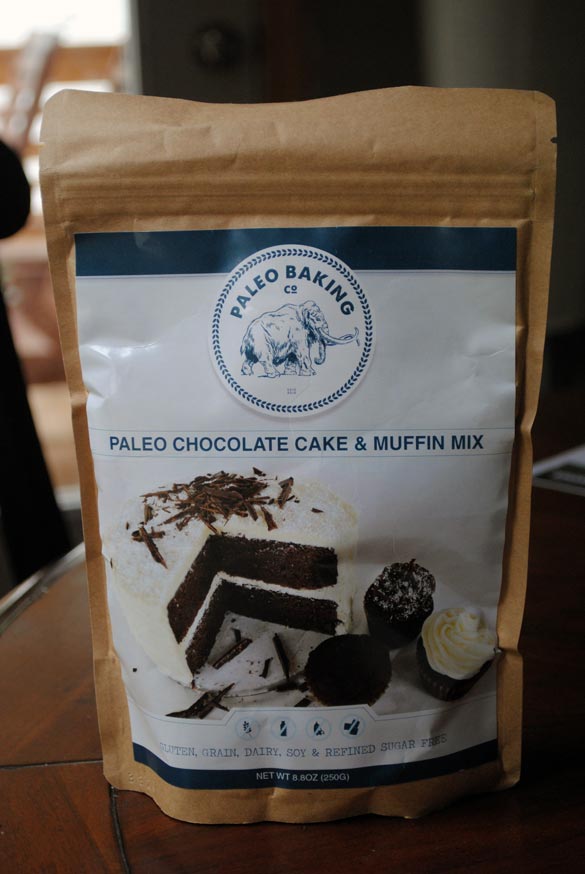 So on a Saturday morning, when the little one was snoozing, I busted out my apron and got to doing some Paleo baking! 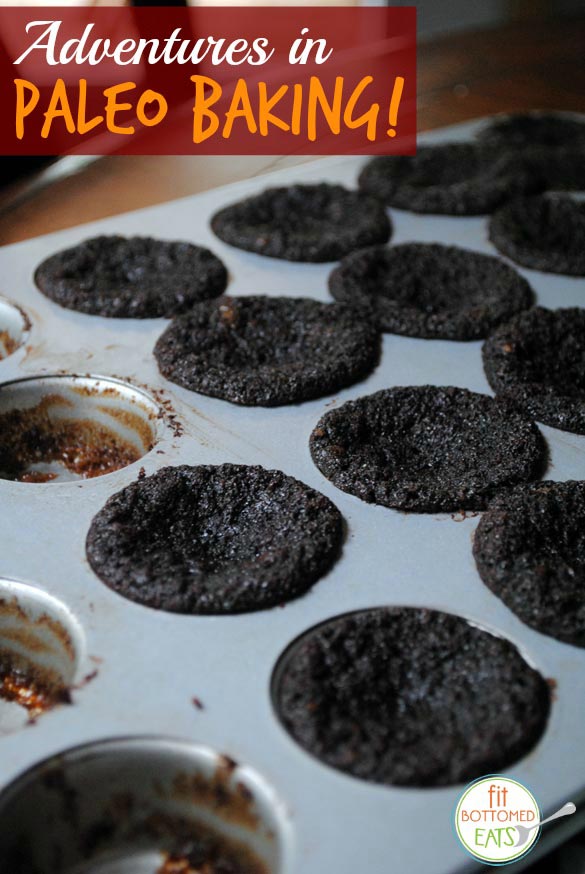 And the results were … well. Let’s just say that they kind of tasted “Paleo” — meaning gluten-, grain-, dairy-, refined-sugar and soy-free. And, you know, I’m not one to say that. In fact, I’m kind of the poster child for saying that Paleo and gluten-free doesn’t have to taste bad — in fact, I think a lot of Paleo and gluten-free desserts taste better than other baked goods (might have something to do with the ridiculously amazing amount of coconut oil in them and the moist denseness to them). So, I was pretty surprised — and disappointed — by this. Womp. Womp.
The cupcakes were incredibly moist, which was good. And they were filling and quite chocolaty. Also good. But, they were barely sweet (and you know how I don’t like things to be too sweet!). And the texture was just a bit off. Plus — and here’s what may have got me off on the wrong foot with them — I’m not sure I consider adding six eggs, 1 cup of coconut oil, 1 cup of honey and 1/2 a cup of water really that far off from just cooking something from scratch. I mean, the only things in the mix itself are cocoa, coconut flour, sea salt and baking soda. 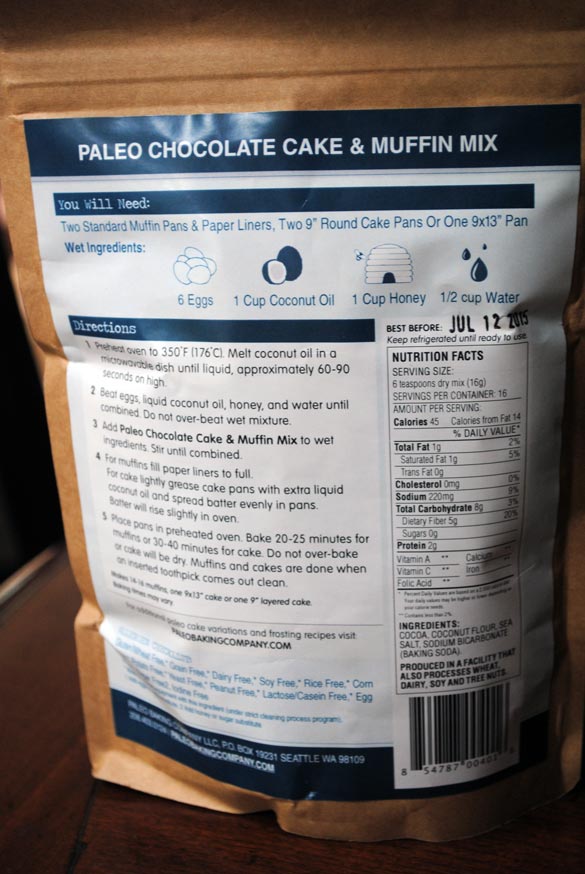 Granted, I love the uber clean ingredient list, and I know that measuring out coconut flour correctly can be tricky. But I kind of feel like the mix really wasn’t that convenient because I still had to add four other ingredients to it. But maybe that’s just me being picky. Or sleep-deprived.
What do you think? What do you look for in a baking mix, Paleo or not? I clearly look for convenience and good taste! –—Jenn