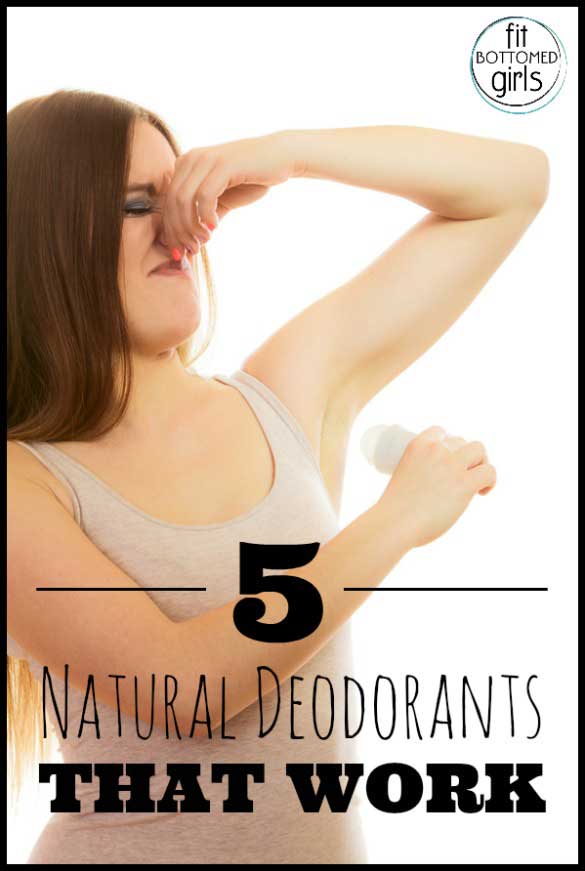 Body odor is the pits. As someone who spends the majority of her time in a state of sweat, I’m quite paranoid about the odor emanating from my underarms.

Of course, there are a million different options for stinky sweaters like me. I’ve used ‘em all — and now I kind of regret it. As I’ve made it a point to put good, nourishing foods in my body, I’ve become more attuned to what I put on my body, too. Many deodorants and anti-perspirants contain controversial toxic ingredients. I wouldn’t eat a bag of chemicals for lunch, so why have I slathered it on my skin for so many years?

My transition to all-natural skincare has been fairly seamless — it’s been easy to find high-quality shampoo without sulfates, lotion without parabens, and cosmetics without phthalates. But deodorant? That’s another story. The experience of finding a natural deodorant that works … well, it stunk. Literally. I tried (and threw away) a lot of chemical-free deodorants over the past summer in my quest for a non-toxic formula that would keep me fresh and dry. Finally, I found several keepers that kept me from stinking up the room on a hot summer day. The best part? They contain good-for-you ingredients that nourish your body while keeping underarm odor at bay.

So I decided to share them for Be-YOU-tiful Week! 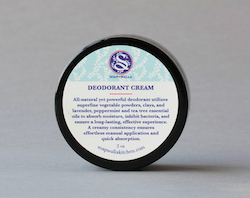 1. Soapwalla Deodorant Cream ($14, 2 ounces). Vegetable powders and clays are the superstars in this cream-based deodorant. It has the consistency of shea butter (which is a primary ingredient in its formula), which allows it to spread quickly and evenly. The citrus smell is light, fresh and totally unisex — just ask my husband, who’s been stealing my Soapwalla for the past two weeks. 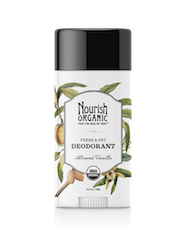 2. Nourish Organic ($9.99, 2.2 ounces). Some natural deodorants come in a jarred, cream-based formula, which you apply with your fingers. If you prefer a traditional deodorant stick, check out Nourish Organics. Their coconut-oil based formula smells good enough to eat, soothes irritation from shaving and does a decent job of keeping B.O. at bay.

3. Lavanila Healthy Deodorant ($14, 2 ounces). If I could buy their Pure Vanilla scent in a perfume, I would. The nice part about Lavanila’s formula is that it goes beyond just removing odors — instead, it makes you smell better. The only downside is the white residue the formula leaves behind on sleeveless outfits — and I’ve worked way too hard to cover up these buff biceps! 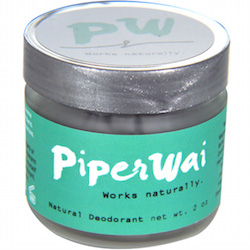 4. PiperWai ($11.99, 2 ounces). Charcoal. No, really, this deodorant contains activated charcoal, and it works. I have to admit, I was skeptical at first — because of the aforementioned charcoal, the PiperWai deodorant cream is black. Surely that would destroy some clothes, right? To my surprise, PiperWai rubbed in clear and didn’t discolor skin or clothes. The charcoal is super absorbent, taking in more than a thousand times its own weight in moisture, which allows it to stop sweat without blocking pores. PiperWai performed the best of all the natural deodorants I’ve tested — it kept me smelling good anytime, anywhere — even during a three-hour bike ride in steamy August heat!

5. Dr. Hauschka ($24, 1.7 ounces). “Natural” doesn’t automatically mean “for sensitive skin.” A few deodorants I tried caused me to break out in an armpit rash of epic proportions. Every time that happened, I found myself returning to Dr. Hauschka’s roll-on formula, which is super-gentle on skin while still tough on odors. But it’s expensive — at $24 a (small) bottle, it’s a true splurge. If you’ve got sensitive skin, though, this may be worth pulling out the credit card.

Are you a fan of natural deodorants? Give a shout-out to your fave in the comments below! —Susan