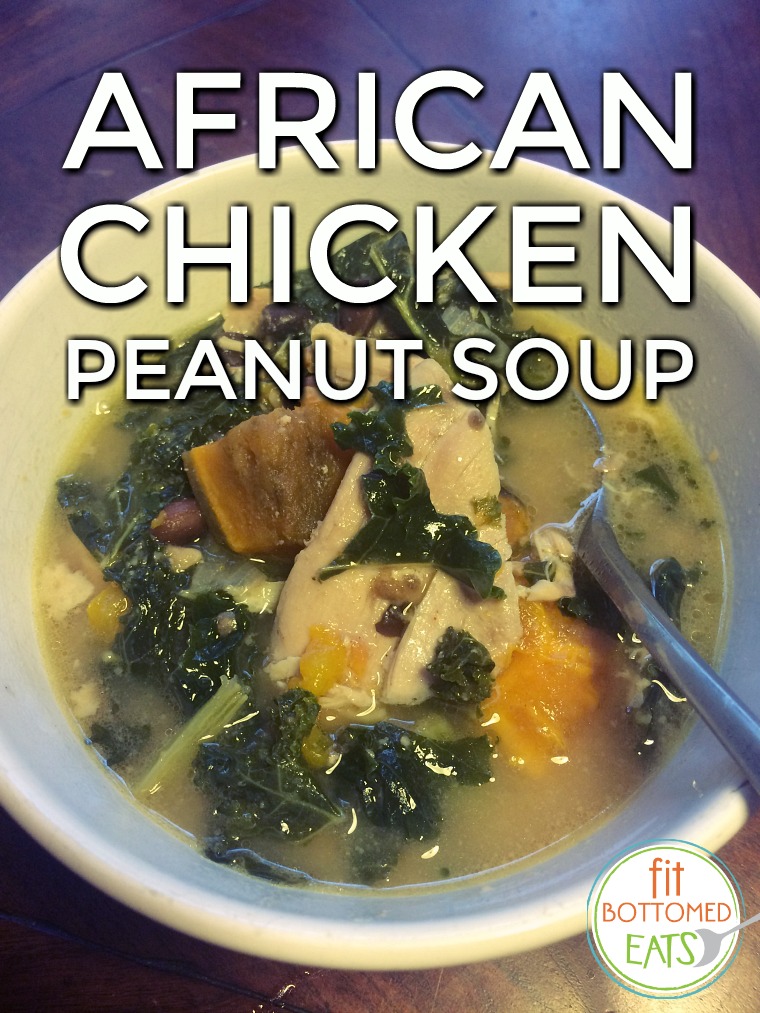 I basically learned how to cook back in my 20s by reading issue after issue of Cooking Light. I’d page through, recipe by recipe, tearing out any and all that piqued my interest. Then, at the beginning of each week, I’d put my meal plan together and pick out which new recipes I was going to try.
And during that time of cooking experimentation, I learned a lot. I made a lot of mistakes (I still cringe thinking about the blackened-to-a-crisp plantains I set our apartment fire alarm off with), I figured out the basics of how to cook a lot of staples, and — through trial and error — I got my cooking confidence and a number of go-to dishes that I still make from memory almost 15 years later. Including this gem of a recipe I’ve made my own over the years for African Chicken Peanut Soup.
The original version of this recipe was published by Cooking Light back in 1999. Which is really dating myself. But, the original recipe is awesome. In fact, in the early 2000s I entered a soup competition at my work (these are the pre-FBG days) and won fan favorite for it. Since then though, I’ve gone gluten-free and I’ve really grown to love being creative in the kitchen. And that’s resulted in me taking the bones of this recipe and putting my own unique and gluten-free twist on it. And I have to say, the results are delicious. Maybe even better than the original? My husband thinks so.

A few notes on my African Chicken Peanut Soup recipe — and why I make it at least once a month in the fall and winter: