There’s just a little more than a week left of the year, which has us feeling all the feels and doing all of the reflecting.

Because it has been A YEAR. We celebrated 10 years, we redesigned our site and logo, we launched new online courses, and we’ve had the privilege of being in your inboxes and in your social media feeds for another trip around the sun.

We’ve also had the chance to be a Brooks Running blog ambassador again — and, man, we’ve said it before, but we’ll say it again: Brooks not only creates high-quality and incredible running gear from head-to-toe, but also, they’re just an amazing company full of wonderful people.

Brooks recently asked us to reflect on our past year — and to lean into what keeps us motivated during the holiday season when things are so busy (because, let’s be honest, 15-degree weather doesn’t always make it the easiest to lace up your shoes and hit the pavement). For me, the mantra that I’ve been using over and over this month is: finish strong. 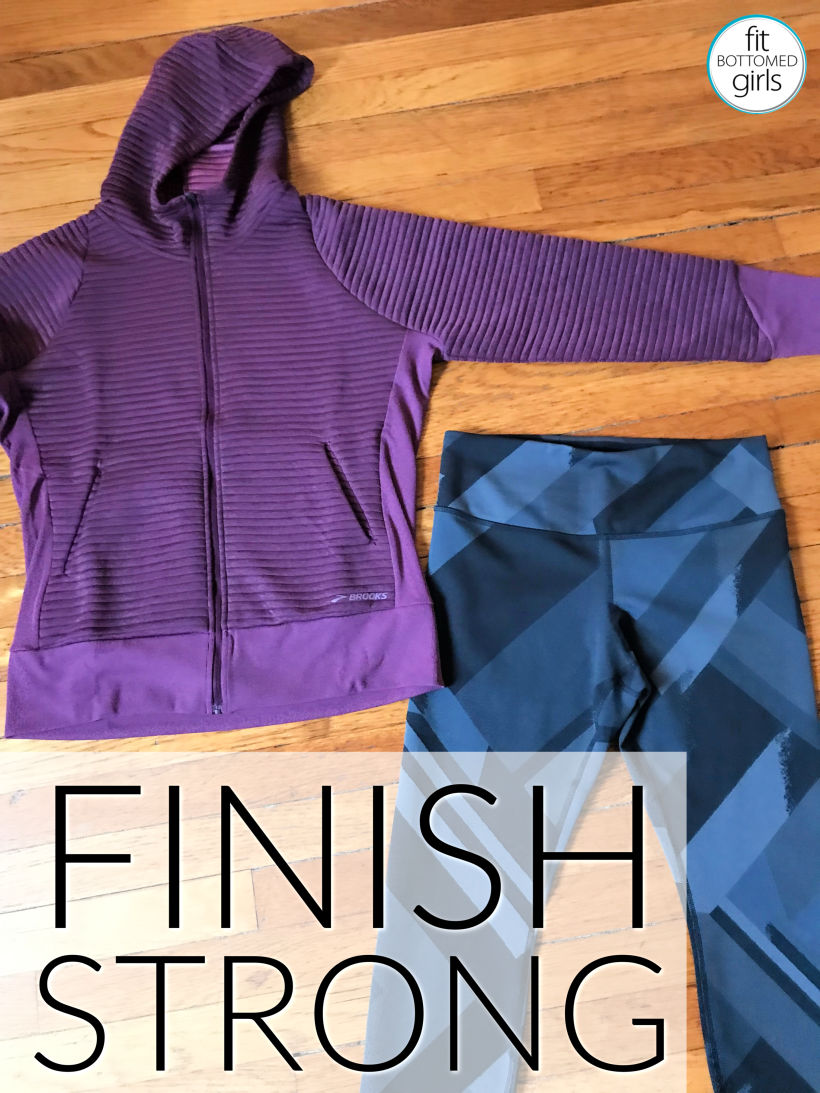 Because, it’s easy to start the year off fresh and full of gung-ho energy, but a race isn’t just about how you take the first step — it’s the energy and approach you bring to the whole thing, including how you finish. So, to that point, I’m making sure to get those runs and workouts in so that come January 1, I’m not restarting or getting my running mojo back, I’m just taking it to the next level.

Something else helping me to do that? This awesome gear — these are a couple of my go-to pieces! 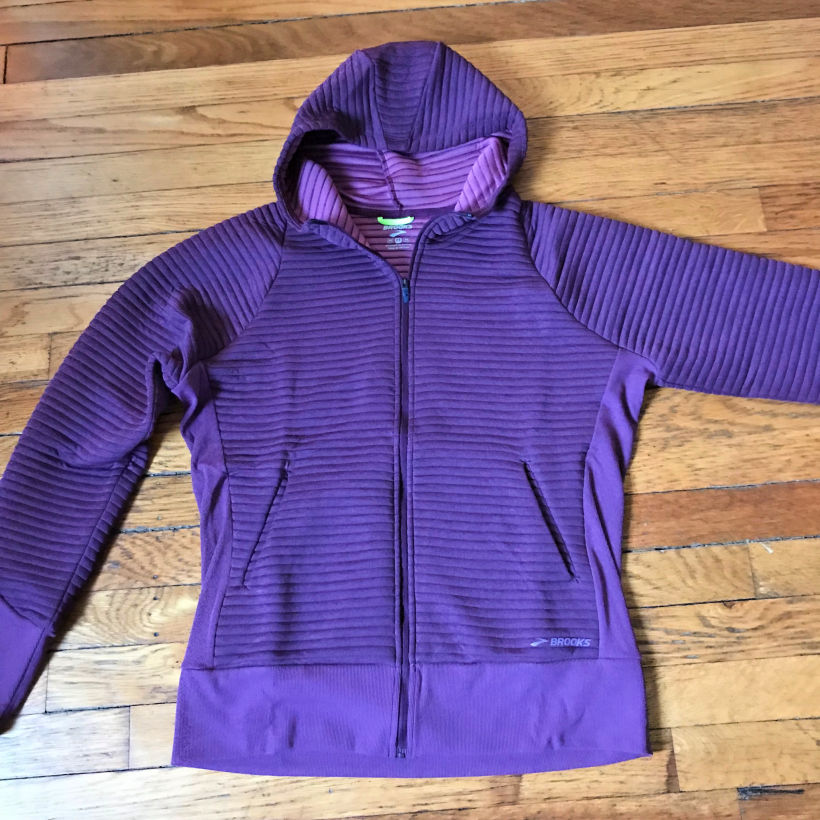 I’ve been hearing so much amazing stuff about the Fly-By Hoodie, so I’m so grateful to have snagged one for myself. And, I gotta say, it lives up to the hype. It’s cozy, it’s comfy, it holds my cellphone and has a headphone anchor zipper pull, and it’s crazy warm without being overly bulky. Did I mention it’s cute, too? The plum / purple color is so great, although I know Kristen also has it in black and digs how versatile it is. 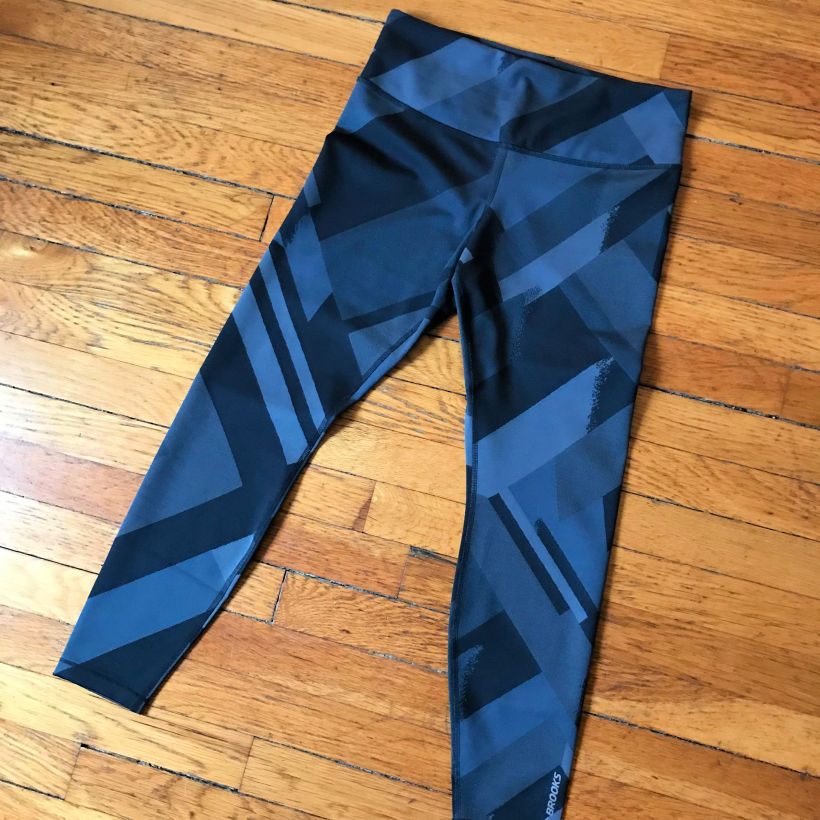 The Formation Crop originally caught my eye because of the cool pattern (you might remember Kristen’s running buddy Danielle rocking them late this past summer), but it’s helped me finish strong because — beyond just being cute (and it IS that) — this crop legging has a bit of compression to it, so it stays put. And, it has two pockets built into the the high waistband. The fabric stays dry as I sweat and the stuff in my pockets doesn’t bounce. And, even though it keeps you cool as you move and it feels thin and breathable on, the fabric is a little thicker and also feels more luxurious and high quality than a lot of leggings.

Uncomfortable does not equal impossible. Since my “comeback” triathlon in October, this mantra has been rolling through my head. I repeated it countless times as I ran a half marathon in Curacao (which just happened to be almost exactly one year from the day I separated my pelvis and found myself unable to take a single step without pain). 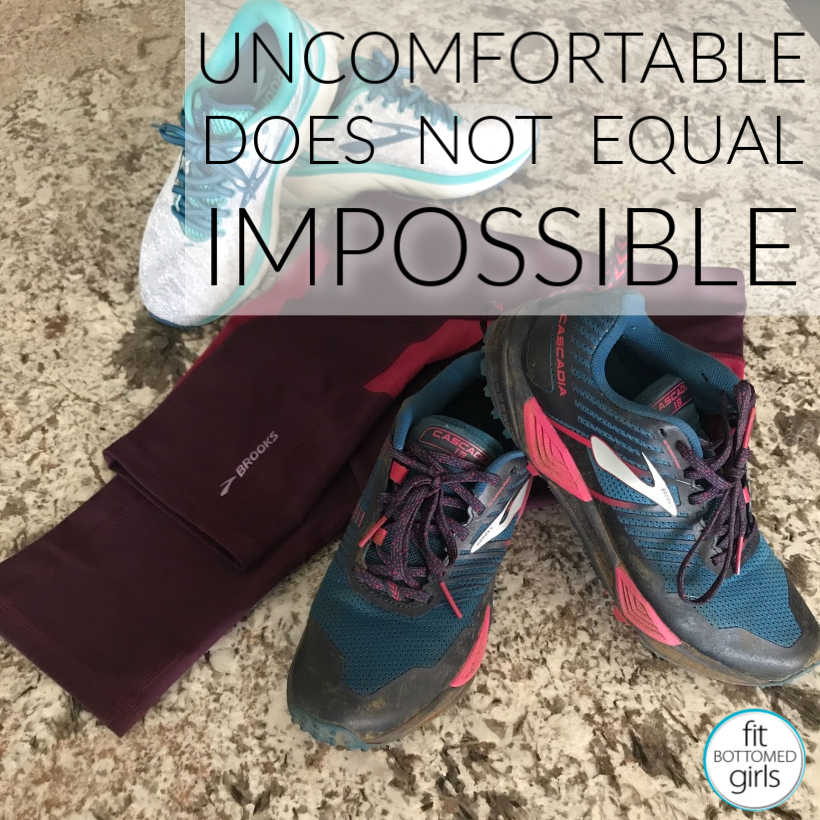 So, well, I know what uncomfortable feels like — and it’s not my favorite. But finding a path through it, or finding a way to coexist with it as I still work toward an important goal? That feels fantastic, both in running and in life. Because while it’s important to take note of our discomfort, and honor it when necessary, it’s also good to know that it doesn’t mean I can’t do it, or I’ll never do it. It just means I might need to dig a little deeper, and maybe have a bit more patience, to get where I want to go. 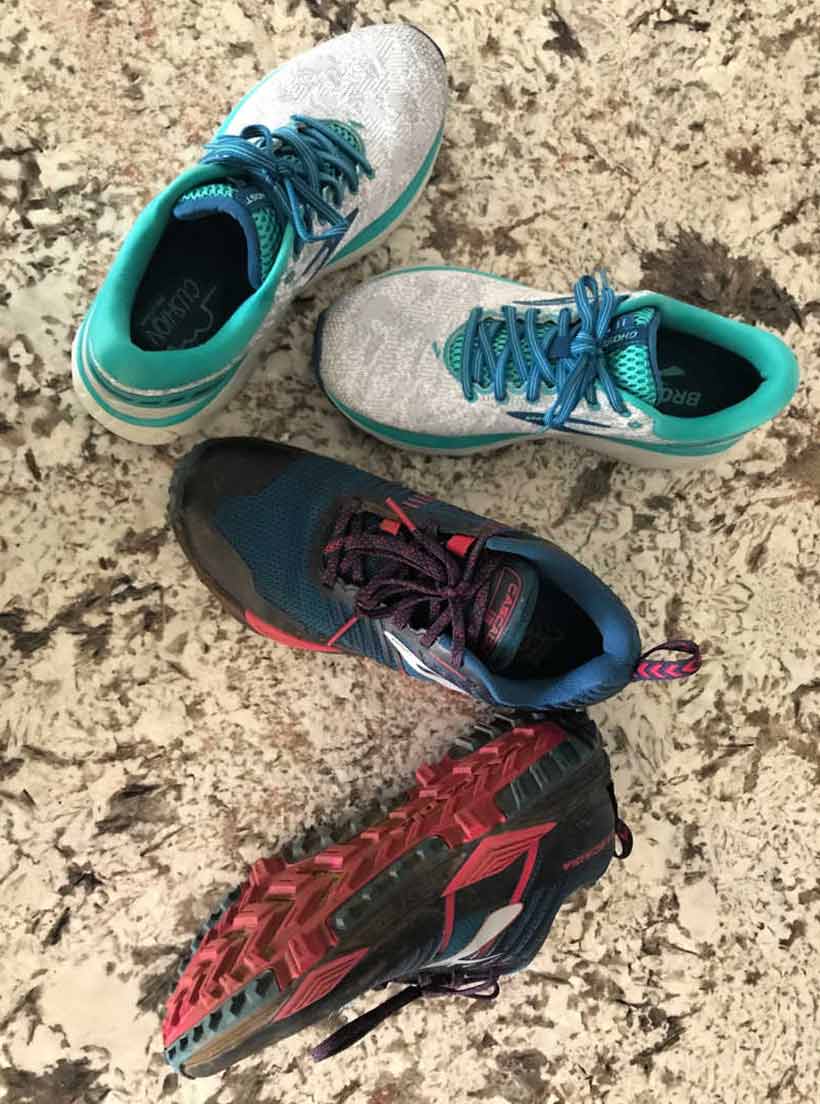 When you’re logging bigger miles, shoes become more important than ever, and I’ve found that I’m really loving Brooks’ shoes with a Cushion experience for the longer training runs (although you’ll still see me sporting some Energize shoes, like these and these, on some of my shorter outings). So, these super cute Ghost 11s are firing me up when I’m stepping out for a road run, and I’ve got a no-longer-so-shiny pair of Cascadia 13s that have me psyched to hit the trails at any opportunity. Knowing that my feet will feel cushioned and comfy at the first step and the 5,000th step is definitely helpful motivation when I’m struggling to get out the door. 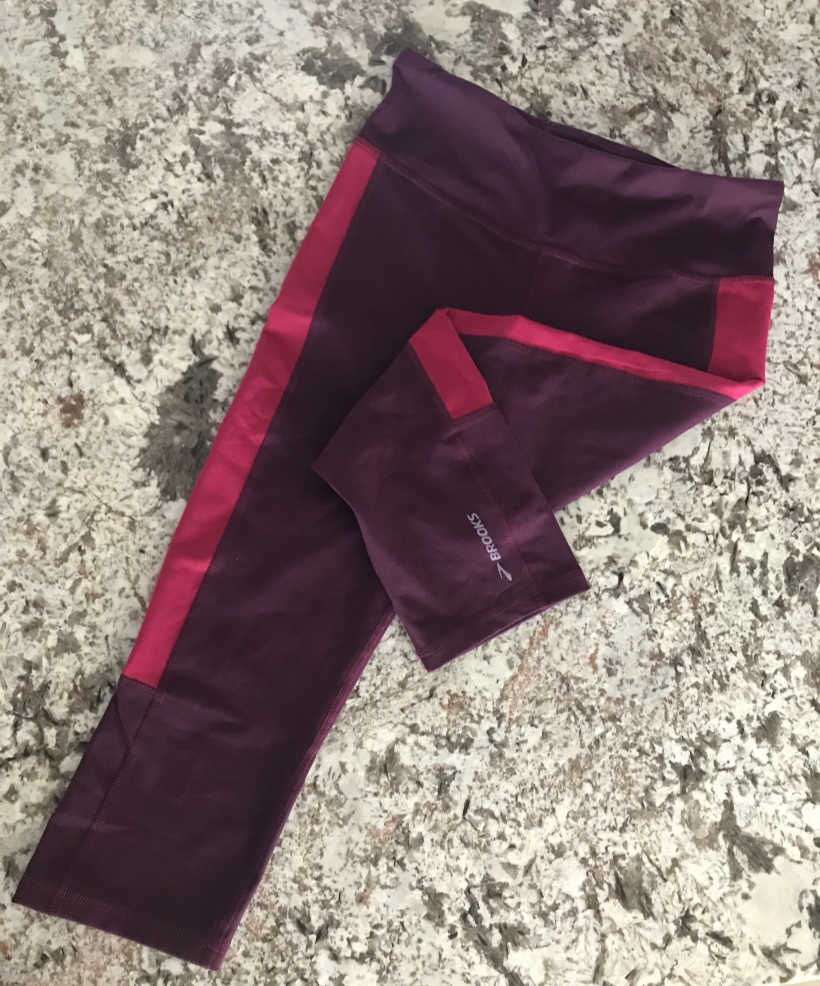 Unlike Jenn, I’m not facing down freezing temperatures on the reg (although I have been donning my own Fly-By Hoodie in the evenings, for what it’s worth), but it is cool enough when the sun is down that shorts have lost their appeal, so I’m wearing a lot of leggings right now. The Greenlight Capri has become a staple — only partly because of how much I’m digging the burgundy and plum colorway. The non-bouncing pockets at the wide, flat waistband are great for keys and cards, and the fabric is smooth, soft, and really comfortable. Plus, is it wrong to say I think my rear looks quite alright in ’em?