Another year. Another Friend Feast. And 2019’s Friend Feast was a sparkly, decadent, and delicious throwback to the 1980s. In Vegas.

See, each year we have a theme or a main dish that’s very shareable among 14 or so guests. Last year was Mexican-inspired. The year before that was paella. We’ve also done a shrimp boil, fried chicken and champagne, and then two menus of more fancy food (pre-kids!) in 2014 and 2013.

This year, my husband’s late grandfather’s annual tips to Vegas served as the inspiration. A few times a year he’d travel to Vegas — but not the strip. His destination was the older Golden Nugget area of Vegas. Think buffets. Carpet. Old school glitz and glamour.

So, we took trip back in time with the below menu, paired with beer (thanks, Jim from KC Beer Scouts!) and wine as usual, plus two new little faces added to group …

As people arrived, we popped some Korbel bubbly and opened a few bottles of Alaskan Brewing Smoked Porter, and snacked on various olives, cheeses, and these roasted nuts. Basic, but very Vegas.

We started the group off with a classic: minestrone soup. We looked at a few recipes for it, and settled on Cookie + Kate’s here. It was PERFECT. Spicy and full of flavor, we made it the day ahead and added some Italian sausage.

Jim paired the soup with Sierra Nevada Celebration IPA, and I paired it with this nero d’avola from Sicily, which was delicious — it held up to the spice of the soup and was so smooth and full without being too heavy. 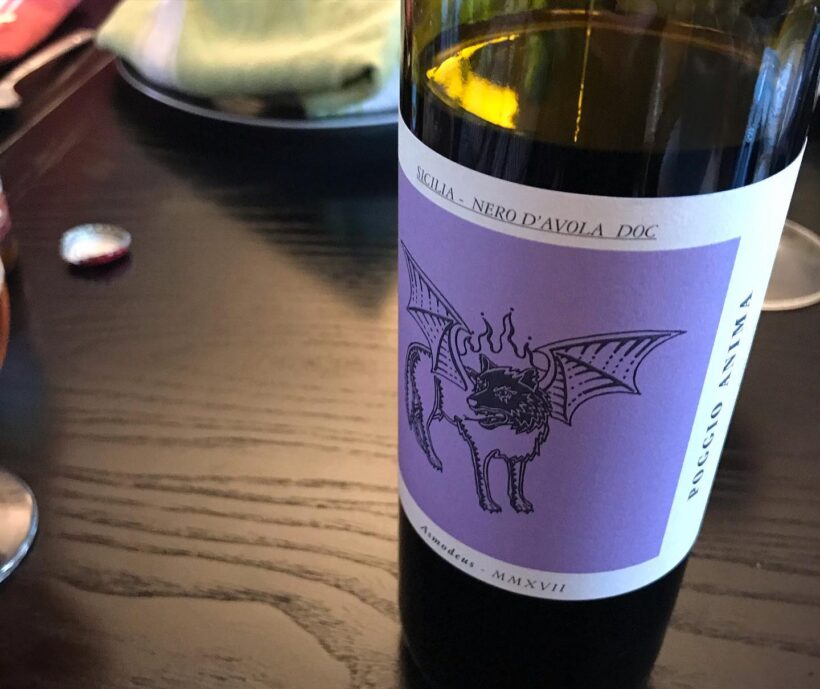 I mean, what else would you grab off a Vegas buffet other than prime rib? 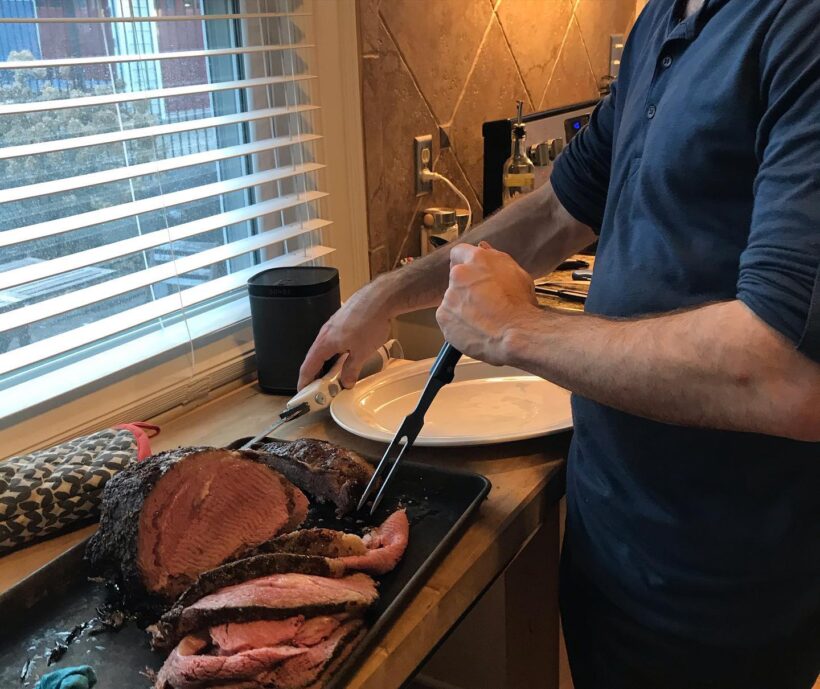 We served big slices of that (made from this Jo Cooks recipe) alongside Once Upon a Chef’s Potatoes Au Gratin recipe (which STOLE THE SHOW — everyone freaked out over how good they were) and some green beans I sauteed with some onions and pancetta, and it made for quite the ta-da main course.

Jim paired this main course with Unibroue Maudite, and I paired it with a big ol’ Cab from The Fableist. We’ve actually been to their tasting room in Paso Robles before, so this pick was near and dear to my heart. 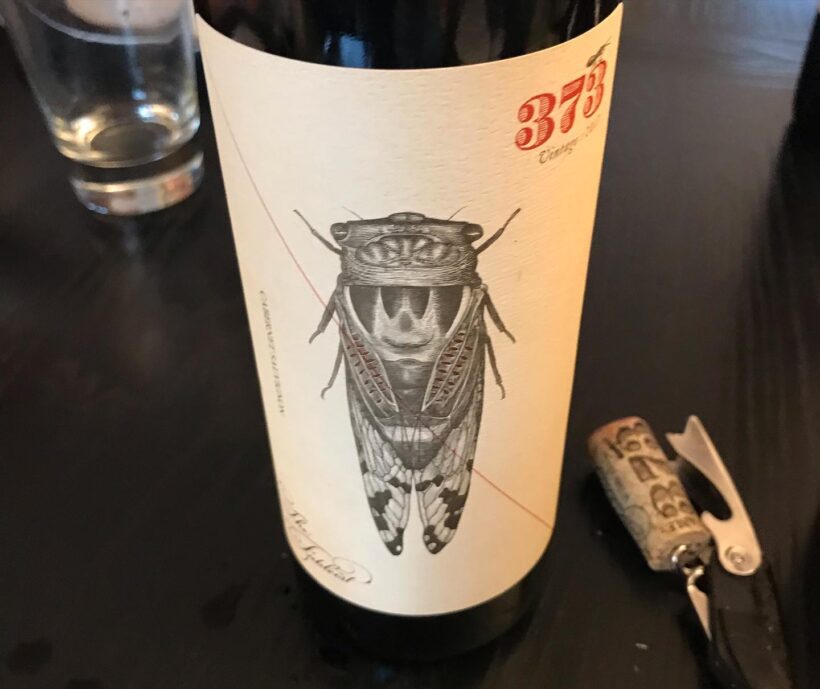 When it comes to dessert, it just doesn’t get more decadent than cheesecake. And I spent WEEKS testing countless recipes in order to get a cheesecake that was rich, smooth, dense, and — this is the really tricky part — didn’t crack. I did it! 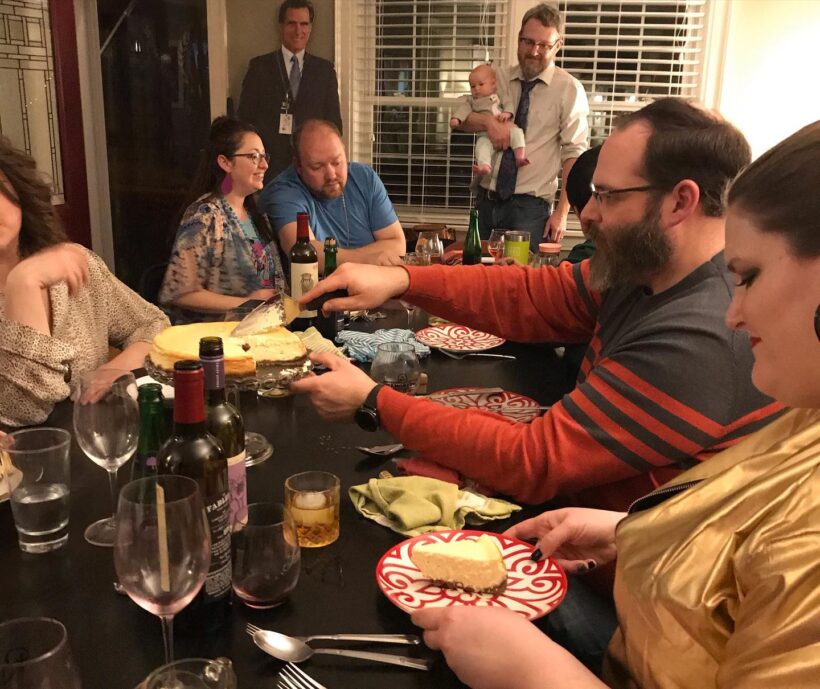 The winning recipe was found totally by accident. I’d sent my husband to Trader Joe’s for ingredients for one recipe I was testing, and instead of picking up regular cream cheese, he came home with a ridiculous amount of whipped cream cheese. So many recipes that I had read and even tried said that you didn’t want too much air in your cheesecake batter otherwise it would crack, so I thought all of the whipped cream was a waste. But! After searching the interwebs, I found this Food Network recipe, and you know what? It turned out GREAT. No cracks and still decadent.

For the pairings, Jim went with Oude Mûre from Tilquin (a raspberry lambic from Belgium that was part of a special series). I forwent the wine, and instead went with a Vegas cocktail tradition (at least in our family): the Godmother. People make it different ways, but our house recipe is a Godfather cocktail, with the ratios of Scotch and amaretto flipped. So, the Godmother is sweeter, with more almond flavor, and provides a nice match for the rich cheesecake.

Any ideas for what we should serve for next year’s Friend Feast? We’re already brainstorming! –Jenn