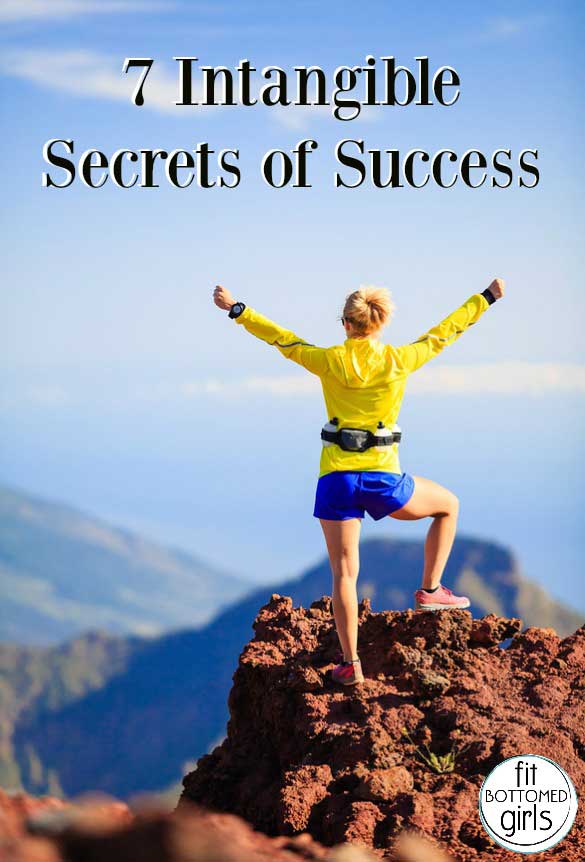 It’s no secret that I’m a baseball fan. And a Kansas City Royals baseball fan at that. I have been my whole darn life. So that whole winning-the-World-Series thing that just happened (and hadn’t happened for 30 years)? Well, it was a big deal. Like, a BIG DEAL.

And while I’ve been basking in the glow of this momentous awesomeness with friends and family and, hell, the entire Kansas City metro, I’ve also been thinking a lot about what it takes to win — and, even more than that, what it takes to reach your dreams. Because if you watched this team play at all (or even just read about it), what they do is just amazing. And it’s clearly more than just athletic talent. (Although they certainly have that.)

They have something more intangible … something that’s hard to measure with numbers and stats. And it’s a “something” that — whether you’re into baseball or not — I think is super inspiring. And something we can all even apply to our own lives and dreams. Some call it the Royals’ “culture,” others call it “destiny,” but I think it all boils down to these seven intangible secrets of success.

1. They dream big. It’s hard to get somewhere if you don’t know where you want to go. The Royals, from day one of this season, knew exactly where they wanted to go.

How it applies to you: Set a goal. Don’t be afraid to set a BIG one!

2. They believe. It’s one thing to daydream about winning the World Series, but it’s another to know in your bones that you can do it. Whether you consider that destiny or law of attraction or whatever, believing that you can do something is paramount.

How it applies to you: Build your confidence so that you don’t just think about reaching your goal, but that you actually feel and know that you can do it. Then take the steps to do it. (Just like one of our fave totes declares!)

3. They never give up. This team is known as the “comeback kids” because, no matter the score or how late it is in the game, they never ever give up. They treat each at-bat and ball as an opportunity and make the most of everything that comes their way.

How it applies to you: Missed a workout? Overindulged? That’s no reason to throw in the towel! Don’t get back on track next week or tomorrow, do it, starting right now.

4. They are role models. There are a lot of leaders on this baseball team, but I think one of the coolest things is that they are all on the same playing field (bad pun, har har). And that they feel a responsibility to each other (and to the city) to represent themselves in the best way possible. They check their egos, respect each other and themselves, and do what’s best for the team (not their stats). And in that, everyone is elevated, over and over again.

How it applies to you: Don’t forget that others are watching! Whether it’s your kiddos, your coworkers, your family or your friends, you just might be inspiring someone else. And that right there is inspiring. It’s the circle of inspiration!

5. They’re grateful. This team has been outwardly so appreciative of the city’s support and fan base — and each other. They don’t ever take anything for granted.

How it applies to you: Adopt an attitude of gratitude and everything about your life gets better. Seriously!

6. They stay in the moment. Even amid tragedy, this team has the ability to focus, stay present and do the dang thing. Not to mention, they can shake off an error or bad game and get right back on track.

How it applies to you: Don’t worry about what happened yesterday or what might happen tomorrow. Right here, right now, be present, and do what you need to do to reach your goals.

7. They have support. Yes, the Royals have huge amounts of support from their fans, but they also have it from each other. And they’ve created a tribe that supports each one of them to be their absolute best. Or, as Rex would say, “drive the bus!”

How it applies to you: Find your fit tribe and create your own awesome “normal.”

Ever been inspired by a sports team or championship? A week later and I’m still SO inspired. —Jenn

Add a comment Cancel reply
1 Comment
Jenn & Kristen
Diets don‘t work. We know because we‘ve been there.
Get the deets
STAY IN THE KNOW
When new stuff happens, you'll be the first to know!
Latest Offer
Working out at home
Get free strength, cardio, yoga, and meditation videos.
Try them
Podcast
Podcast Ep 137: That’s a Wrap!
Instagram Feed
Instagram has returned invalid data.
X