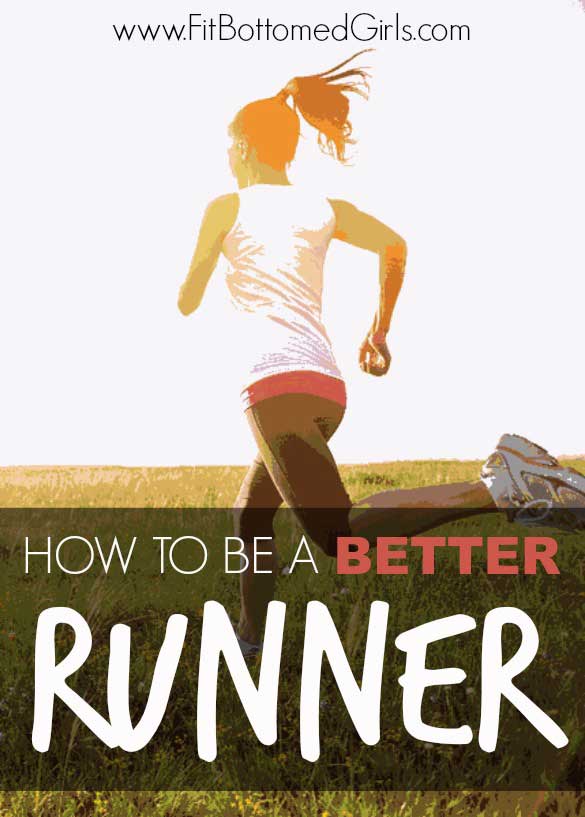 So, you’ve been running with some consistency. You can run a few miles, maybe more. Perhaps you even have a few races under your belt! But now you’re finding yourself running the same route at the same pace, and, well, it’s just not as exciting as it used to be. In fact, it’s downright boring.

In order to become a better, faster, stronger runner, you’ve got to mix it up. To determine the best ways to do just that, we’ve brought back Susan Lacke. Her first Q&A with us (How to Become a Runner, One Step at a Time) was a resounding success, so now we’re asking her the next logical question—once you’ve become a runner, what’s next? How do you keep it fun and new and interesting and not get injured?

How to Be a Better Runner: A Q&A With Running Expert Susan Lacke

It seems pretty common for runners to find themselves in a rut. What are some of the signs that it’s probably time to change up the routine?

Listen, I love cupcakes, but if I ate a cupcake every single day, I’d probably get pretty sick of…okay, maybe that’s a bad analogy. But the point is, when you do the same thing, in the same way, every single time, falling into a rut is inevitable. This is especially true of running. If you always run the same route (or on the treadmill at the gym), at the same pace, during the same time of day, you’re going to get bored.

Once you start to get bored, you’ll begin to find ways to put your runs off a little bit longer each day—you just might have to finish checking your e-mails or win this game of Words with Friends RIGHT AWAY. When you’re getting burned out, you welcome (and even seek out) any little excuse to wait a teensy bit longer to start your run, until you have no reasons left. Then you’ll huff and whine about how you have to get your run in, even though you don’t want to.

If you don’t address the rut at this stage, it will eventually progress into apathy. You’ll no longer find excuses not to run, you’ll just stop caring about getting your workout in. Eventually, you might be inspired, but because you haven’t been consistent with your workouts, your run that day will be really, really hard. This may motivate you to return to consistent running, or it may make you angry enough that you just give up on running altogether.

The best thing to do is to avoid letting the burnout get to that stage. Nip it in the bud early on!

Try not to do the same workout twice in one month. There are infinite ways to mix up your runs—different routes, speeds, training partners—but it’s up to the runner to actively seek out those opportunities.

If you don’t have a training partner, many areas have running groups and always welcome new runners of all speeds and abilities. If you’re looking for a new route, check out MapMyRun.com, where you can search for cool routes by zip code. If you normally run on the sidewalks, try trail running. Run up hills. Run on the track. Go to the Humane Society and volunteer to take a dog on a run. Do Fartleks (go ahead and giggle at the name, I’ll wait!) which means “speed play:” within your runs, go faster for a certain period of time (anywhere from 10 seconds to 2 minutes—it’s up to you!) or from one landmark to the next (say, from street sign to street sign), then run at your normal pace until you feel recovered. Repeat as many (or as few) times as you want. Make a game out of it!

Let’s say I’m a regular runner and I’m interested in upping my mileage, maybe for a half or full marathon or maybe just for a new challenge. Either way, what are some good rules to follow in terms of building mileage without injury? Or, maybe more importantly, what should I not do?

First, build your mileage gradually. If you want to run longer distances, you need to get your body used to that kind of work. If your long run is normally 5 miles and you suddenly decide to run 10, your legs, your feet, your back, your brain—they’re all going to revolt. But if you bump it up slowly, adding one mile per week to that long run, all your systems are happy to come along for the ride.

Also, remember that recovery is just as important as training. Increase your mileage gradually for three weeks, but on the fourth week, scale back so you can let your muscles and bones have time to rebuild. Then pick up where you left off with the build phase and go for three more weeks. You get faster when you rest—promise!

You’ve done so many major races, so obviously, you’ve done a TON of training. What do you do to keep the training runs fresh, especially now that you’ve been working toward a big new goal (and feel free to elaborate on that goal)?

Once you accomplish one goal, set another right away—it gives you a purpose for every workout. If you’ve finished your first 5K (3.1 miles), then aim to run the next one faster. Once you do that, look at running your first 10K (6.2 miles). Your goal should be set just a bit higher than what you think you’re capable of accomplishing. If it’s something you already know you can do, then it’s not a goal, it’s a task. Tasks are boring. But goals? Those are bad-ass!

After hitting a lot of mileage goals (gradually building from 5K to marathon to Ironman triathlon), I decided I wanted to get faster. Currently, I’m training for an attempt to qualify for the Boston Marathon. It’s probably my most ambitious goal yet, but it gives me a purpose for every workout—and getting faster, which I had never tried to do before, is a new and exciting challenge!

Could you talk a little bit about some of the different types of races that are out there?

There are so many options for runners that eventually everyone falls into their niche. It’s not just the “standard” distances of 5K, 10K, half marathon (13.1 miles) or full marathon (26.2). There are races on the road, on the trails and on the track. There are races where runners give it their all for one mile and races where runners slowly burn their fuel over the course of 100 miles. A group of people can collaborate on a relay race like one of the many Ragnar Relays across the country. There are obstacle courses like Muddy Buddy or the girls-only Kiss Me Dirty race series. Some do ascent runs (all uphill). The list is endless!

I’d suggest checking out RunningInTheUSA.com to see what types of races are available in your area. You can also go to almost any specialty running store to find out about fun races—most of them have a HUGE display of race brochures and flyers!

Runners, have you ever found yourself in a rut? How did you get out of it? —Kristen

Susan Lacke does 5Ks, Ironman Triathlons and everything in between to justify her love for cupcakes (yes, she eats that many). In spite of her extensive writing on running and triathlon (Competitor and No Meat Athlete, for starters), she is still unable to use the words “chafing” or “fartlek” in a sentence without giggling. Plus, she’s one of my very favorite people on Twitter, probably for some of the reasons I just listed.